I’ve always felt like the Child’s Play franchise was divided into three worlds: the original films (1-3), the slapsticky spoofs of the resurgence (Bride & Seed) and the last two films (Curse and the then forthcoming Cult). That’s almost thirty years of the the foul mouthed, knife wielding psychopath doll named Chucky. Three decades and three different eras. I dug the original series of films but by the third installment we knew that the familiar retreading of this concept had a shelf life. Bride of Chucky seemingly came out of nowhere however, and showed is there was life in the franchise yet, bringing us a fun silly self aware entry that above all, made us enjoy the hell outta the very things that tired and wore down the original notes so quickly. Seed largely fell flat for me and did so in such a way that it practically killed the series once and for all. Enter 2013’s Curse of Chucky and the quasi reboot showed us with a little reverence and some tight storytelling that Chucky was ready not only to pay homage to the films that came before it, but usher in a new generation of fans. The post credits scene had fans cheering and a new hallmark for the series had been reached. It also of course, created a little problem. 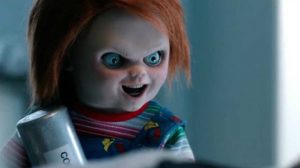 These three eras not only sought to reach different end-games, but their journeys were so tonally different that to link them all together was going to require a story that could shift gears pretty quickly and adeptly without accidentally undermining everything that had come before it. Director/writer Don Mancini, responsible for both the highest and lowest points of the series, points to the stands on Cult and although he hits a couple of foul balls here and there along the way, manages to practically do the impossible and weave a Chucky story that navigates through the Child’s Play universe, cherry-picking its best elements.

Cult picks up not long after the events of Curse, with Fiona Dourif’s Nica, now in a mental institution, also now believing that she is a schizophrenic totally responsible for the deaths of her family. We are introduced to several of the other patients and staff and Nica’s psychologist, in a bid to finally put the idea of Nica’s killer doll to rest, brings in a Good Guy doll to group, triggering a series of murders that has Nica again questioning her own sanity. We cut to Andy Barklay (the original Child’s Play’s Alex Vincent) on a date, unable to put his own past to rest with the internet always one step ahead of him. We follow Andy back home where we see those lonesome nights of web infamy leaves him alone with his thoughts, and the severed head of Chucky, which he tortures, seemingly nightly, also in an attempt to work out his…issues.

We soon learn that Andy has had made various attempts to contact Nica. Of course, the institution has been none too hospitable about his efforts, only allowing one visitor through, Tiffany (Jennifer Tilly), who brings the news of Nica’s niece’s death, causing Nica to attempt suicide only to be thwarted by Chucky who has his own plans. Tiffany leaves a parting gift in the form of yet another Good Guy doll and the audience is left wondering which doll indeed houses the spirit of Charles Lee Ray. The plot device that also serves as the inspiration for the film’s title is one that I won’t give away but it does work to further the mythology in such a way that Chucky does come across as his most threatening since the series’ beginning.

It’s something to note here that Manicini’s direction and cinematographer Michael Marshall’s work on Cult give us probably the best looking Child’s Play entry yet. The film is actually beautifully shot and in such a fashion that there is a wonderful surreal quality that permeates the movie, making the asylum the perfect setting. LoDuca’s is brilliantly fitting for the lensing here as well.

Even for the residents of an asylum, the characters here are never cartoonish in a way that takes away from the madcap insanity of Chucky so when the murderous insanity starts to ramp up the mayhem it is done so in gleeful fashion, giving us some of the best moments of the franchise. Dourif (both Fiona and father Brad) never phone in a line in this installment and its good to finally see Barclay get some more screentime. Even Tilly, for all the wonderful over-the-top chops she’s given is as Tiffany is able to place the character in a slightly different framework, making her character not only tonally work, but display a little more depth than we’ve come to expect.

When the gore does come, it lingers surprisingly longer than I had expected and is more than welcome in a world of cutaways, and blurry action sequences that have unfortunately become a hallmark of the industry as of late.

Go into this one expecting a fun ride and you will definitely not be disappointed. 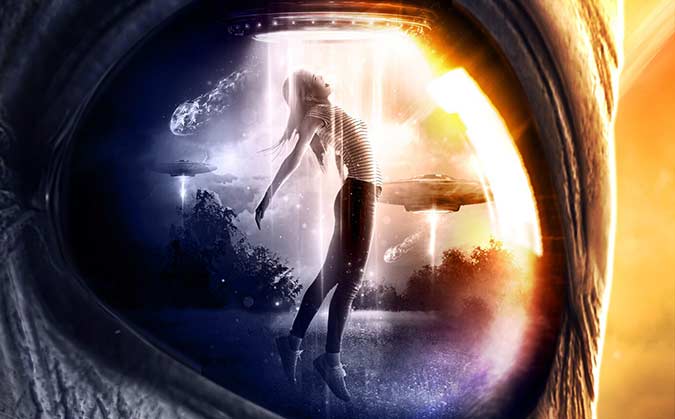