One of the greatest privileges of working for a company like Horror-fix is direct access to some of the most interesting events in the world. This time I had the pleasure of snagging a press pass for the annual and off-the-wall Imagine: Amsterdam International Fantastic Film Festival. The Imagine Festival is the home of international and national cinematic treats in the science-fiction, fantasy, anime, thriller, and (of course) horror genres. This year they’ve found themselves a new home at the all new, all amazing EYE Film Museum. Well, since I don’t live in Amsterdam I sadly won’t be able to cover every goody they offer this year, but I’m going to slip by as much as I can until the 17th to bring the biggest and best highlights. This article will serve as a dual article, both covering the festival in general and providing the first festival-related review.

My cinematic adventure began Tuesday–the second day of the festival (thankfully and yet regrettably I have only missed one film on opening day…that film was Danny Boyle’s Trance)–and man, oh man, what a day. Not only did I manage to slip into three superb pieces of cinema (all three of which will receive full coverage shortly), I also scored a spot in a masterclass Q&A session with the ever amazing Neil Jordan (director: Interview With a Vampire, The Crying Game, Byzantium). The masterclass opened up a lot of insights into Jordan’s past as a small town Irish boy in the mid-50s and late-60s (such as only being allowed to watch sci-fi, western, and horror films). Jordan also detailed some of the behind-the-scenes dealings during his earlier career. Sadly, my recording device was fairly low on battery at the time and I was unable to record it for you. If it is ever placed on Youtube I will certainly update this spot with the video.

After a very charming and intriguing Q&A (I always love it when the audience asks more pretentious and detailed questions than the official interviewer), we were temporarily disband in order to set the room up for a special screening of Jordan’s latest work, Byzantium, with an introduction from Jordan himself. Now for the second part of this article: the review of Byzantium.

Byzantium continues the trend of vampire films, but without ever actually continuing any sort of trends. Starring Gemma Arterton (Hansel & Gretel: Witch Hunters, The Disappearance of Alice Creed) and Saorise Ronan (Hanna, The Lovely Bones, The Host), Byzantium follows the lives of undead mother/daughter duo Clara (Arterton) and Eleanor Webb (Ronan) as they flee from a mysterious group of men in modern day England. It all sounds fairly simple when put on paper, but make no mistakes, Byzantium is a wonderfully complex and poetic tale of love, death, and lies.

The film opens with a punchy sequence that showcases the two-sided coin the rest of the film provides. We open to Eleanor’s sing-songy voice describing the nature of stories and the secrets they had as the image shows her scrawling her story in a notebook. The scene then takes shape through inter-cuts between Eleanor’s melancholic meeting with an elderly man and the feverishly sexy chase scene mother Clara undergoes. Eleanor’s portion of the segment is somber and soothingly calm, while Clara’s is brutal, fast paced, and unforgivingly violent. It all comes together with Eleanor providing peace to the old man–and introducing how vampires in this world feed–and Clara swiftly decapitating her pursuer with a laundry cable. The two characters are instantly juxtaposed and contrasted as Yin and Yang, and they stay that way to the very end of the film. Eleanor is an old soul in a young body, while Clara is an animalistic force of nature.

Naturally, beheading someone in their apartment proves to be a very bad idea and the two women end up on the run, which brings them to meet an array of colorful characters and sets the stage for the next two hours. Byzantium balances a fine line between horror and romance that is at times so real you might forget that writer Moira Buffini (Jane Eyre) has tactically broken just about 98% of vampire lore. The characters of Clara and Eleanor thrive on such human necessities that their supernatural nature never once clouds them or places them in a stereotypical vampire position. Furthermore, the oddball “love” story that develops between Eleanor and weird-boy Frank (Caleb Landry Jones) is subtle enough to separate it from the current teenage romance trend started by stories such as Twilight. The bond between the two is understandably necessary for both characters and develops in an oddly realistic fashion. Despite the betrayal of most vampire lore, some of the classic details of vampirism are still present, which adds a very welcome balance for the characters. It goes to show that all lore is fiction and–like all fiction–all lore is easily adjusted to present a different side of the same coin.I’ll be honest, I have never been a big fan of Saorise Ronan’s work. I was one of the few people on this planet that deeply disliked The Lovely Bones, and it was primarily to do with Ronan’s whimsical narration throughout. However, Byzantium has proven to me yet again that sometimes it is really necessary to blame the director instead of the actors. Ronan’s portrayal of Eleanor Webb is the film’s heart and soul. You can feel her internal sorrow with every word she speaks, and you experience her deep concerns about life and secrets through her outstanding expressions. Neil Jordan has put Ronan in a very similar position as The Lovely Bones, but removed any cheese that may have formed. I felt for Eleanor, I went along in her stories, and most important of all I believed her. Ronan and Jordan have crafted such an honestly human depiction of what vampirism could and perhaps would mean to those that have undergone the transformation. It’s this dedication to all of the characters in the film that puts Byzantium right next to Interview With a Vampire where quality and character development are concerned. In fact, even with the obvious changes in vampire lore, aesthetically speaking, one could easily toss Eleanor Webb into old New Orleans to battle wits with Tom Cruise’s Lestat and nothing would feel out of place.

This is not to say that Byzantium is “more of the same”. Quite on the contrary. Rather than being a repeat of past endeavors, Byzantium feels more like Interview With a Vampire for the modern day and the modern audience. If you enjoy storytelling as an artform, vampires in general, or simply Gemma Arterton’s backside this film has what you’re looking for in spades.

Byzantium is currently making its rounds through the festival circuits. So, if you find a screening near you, I’d highly suggest you get out there and check out. It is currently leading the ratings of the Imagine Festival with an audience rating of 8/10. 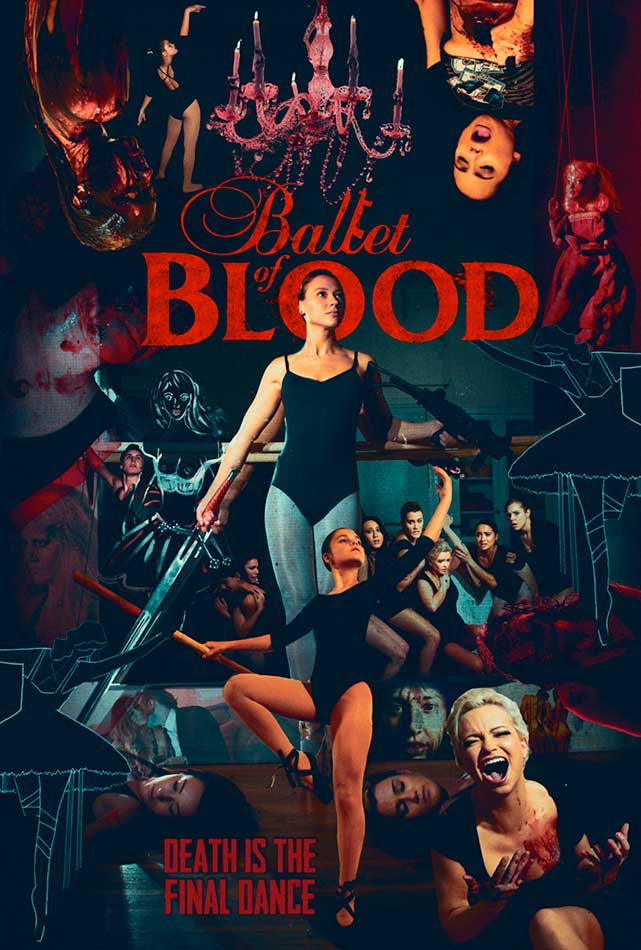