The grotesque Danish short film, inspired by Hans Christian Andersen, has beentouring film festivals for a year and a half and is now finally available online.

Today leading film site Screen Anarchy hosts the online premiere of the Danish short film ’The Sunken Convent’ (org. Title: ’Det Sjunkne Kloster’). Written and directed by Michael Panduro, the film is loosely inspired by the Hans Christian Andersen tale of the same name, and is one of the most succesful short films to come out of Denmark in a while.
Visit Screen Anarchy at this location, to watch the film: http://screenanarchy.com/2017/12/the-sunken-convent-watch-michael-panduros-dark-adaptation-of-the-hans-christian-andersen-short-story.html

Since premiering at The Imagine Film Festival in Amsterdam last April, ’The Sunken Convent’ has screened at more than sixty film festivals, including the World’s premiere short film festival in Clermont-Ferrand, France, and prominent genre festivals like Screamfest, Brussels Int. Fantastic Film Festival, L’etrange and Monster Fest. The film has taken home awards at Feratum FF in Mexico, Dracula FF in Romania, Nightmares FF in Ohio, Cryptshow in Spain and was nominated for the iHorror awards 2017.

ABOUT THE FILM
The 15 minute film was written, directed and edited by Michael Panduro and produced by Jón Hammer through Zentropa Productions. It stars veteran actor Claus Flygare (b. 1947), who’s credits include Susanne Bier’s ’After the Wedding’, Lars Von Trier’s ’Kingdom’ and Nicholas Winding Refn’s ’Bleeder’. The film was produced with the support of The Filmworkshop in Copenhagen, Aarhus Filmworkshop, Odense Filmworkshop and The Animation Workshop in Viborg.

Director Michael Panduro comments: ”I’m fascinated by how we as people apparently crave our own demise. How our actions often prefer habit over logic despite sometimes fatal consequences. Taking offset in that paradox, you could say that this film is a satire on modern day apathy – a film about how human nature will undoubtedly lead to our undoing.”

SYNOPSIS
A man wakes up, he goes to work, he eats in, he does a bit of home surgery, he drives to the woods. Told without words and loosely inspired by the tale by Hans Christian Andersen, ‘The Sunken Convent’ is a grotesque and slightly surreal story of bad habits.

ABOUT THE DIRECTOR
‘The Sunken Convent’ is the first proper short film from music video director Michael Panduro, who’s work with bands like Napalm Death, Cephalic Carnage and Job For a Cowboy has been known to push the boundaries of gore and good taste. Last week Michael released his latest music video for American super group Dead Cross. That video was hailed as “The best horror short of 2017” by MovieWeb. 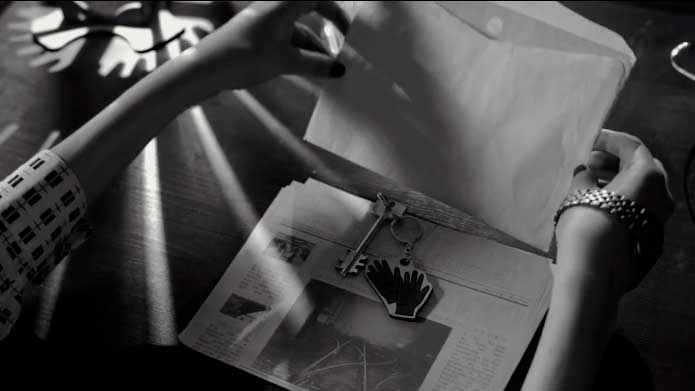