Tis the season… for horror! There is a Christmas present for all of us in the new Christmas themed,  found footage film, The Christmas Tapes.A lovely family’s Christmas eve is interrupted by a charismatic stranger (Greg Sestero) whose car has broken down. The true motives of the stranger are soon revealed once the unknowing family half-heartedly invites him to wait for help. The family are the ones that will need the help, as they are then held hostage in their own home and forced to watch VHS tapes. Really? Who still has a VCR? I bet there are some of you reading this that have never even seen one. You have Google™.

Travel Buggies is a fun, classic feeling story about a young couple in the great outdoors during the middle of winter. This one is fairly predictable, but still enjoyable. It also made me remember why I don’t like scarecrows.

The Christmas Gift is a dark and twisted romp starring Santa (Vernon Wells) and Mrs Claus (Lori Richardson). A father has hatched a plan to give his children a surprise on Christmas. He hires a man to deliver him in a box right to the front door. There is no doubt this present will be a gift that haunts them the rest of their days. Santa and Mrs Claus were absolutely terrifying and a little bit funny.

Untitled is the third tape we get to see and my second favorite (remember I ranked them). This is also the shortest part of the movie. Trying to date is always hard. It’s made even worse when a microchip is implanted in your head and you are forced to deliver a package to a hotel room. This third installment is pure chaos.

They saved the best for last with The Christmas Spirit. Dave Sheridan shines as Paranormal Perry, a substitute paranormal investigator sent to a house to check on a possible haunting. This one has it all. It is creepy, scary, and hilarious all tied up in a nice little Christmas bow.

This one is worth the watch and a great way to get yourself into the holiday spirit. Don’t take my word for it though. Go watch it when it premieres worldwide on digital, December 16.

Summary
Tis the season… for horror! There is a Christmas present for all of us in the new Christmas themed,  found footage film, The Christmas Tapes.
8
Great

Written by
Riki Ferrel
Riki studied film at the New York, London and Los Angeles Film Academies simultaneously. He has directed, produced and starred in multiple award winning movies… All of that is complete and total bullshit. Riki is just a middle aged man who has loved horror movies since Poltergeist scared the shit out of him at age nine. I mean, seriously he checked under every bed for like five years. Fuck that clown! Now he's a writer and contributor for horror-fix.com. 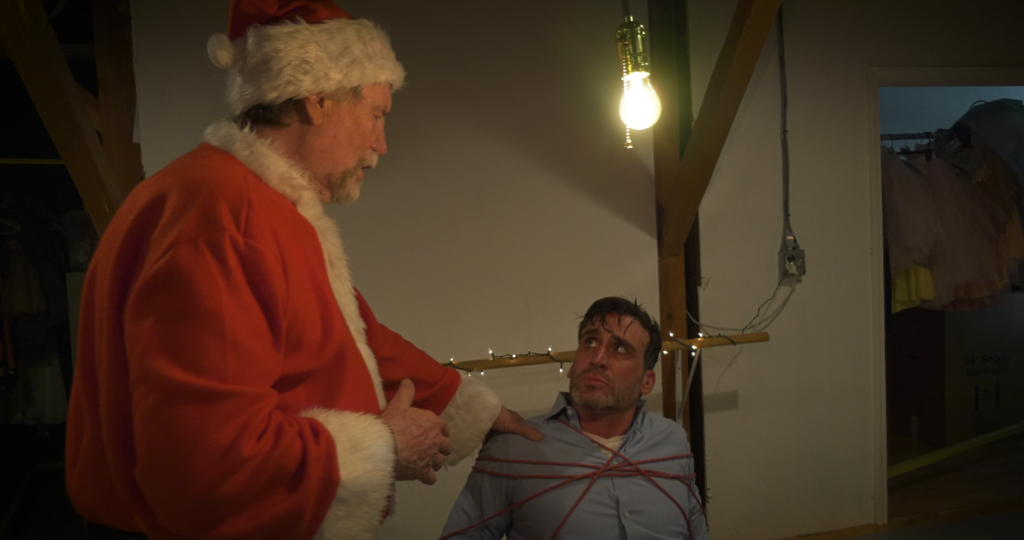 Tis the season… for horror! There is a Christmas present for all of us in the new Christmas themed,  found footage film, The Christmas Tapes.A lovely family's Christmas eve is interrupted by a charismatic stranger (Greg Sestero) w...
8.8
Average User Rating
1 vote
Have Your Say!
Your Rating: 0
Submit
Write A Review
×