So you’ve got your tub of popcorn, your Raisinets, your significant other (or prospective significant other) is laid out on the couch in those Hello Kitty pajama pants that show just a little bit of skin in just the right place and you have a feeling that if your timing isn’t off you might just get to put the “chill” in Netflix n’ chill. You fire up the faux fireplace you got at the outdoor swap-meet along the interstate and the wheels are set in motion.

You play Netflix roulette and decide that a horror movie might just be what it takes to seal the deal and you dim the lights. Their hand brushes yours as you get comfortable and you hit play. You lean in to kiss the nape of their neck and…BAM. Some unlucky horror fodder extra gets their junk ripped off by a zombie with a palette that leans towards the smelly parts and you know you fucked up. You accidentally picked a horror movie with just the right amount of questionable sexual content guaranteed to fuck up date night. It happens. We go for the jump scare and we get the evisceration of the holiest of holies and suddenly the probability of this going to the bedroom is rapidly diminishing. Well, if we are going to single handedly try to repopulate the world after the Trumpocalypse we need a handy little guide of what NOT to watch on date night. 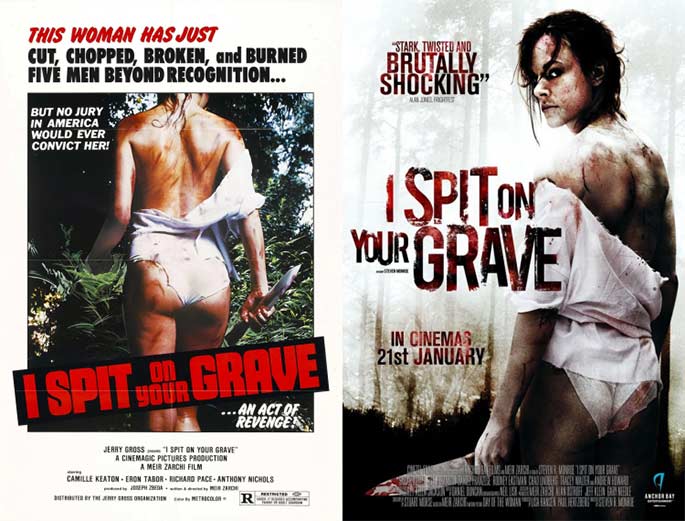 Yup, nothing says, “let’s sex this night up” like letting your little lady watch a brutal rape scene while you slip to the kitchen to whip up some summer sausage and gouda for a party plate. The concept, which has often been duplicated but rarely rivaled, is a genre staple that some might still find a little hard to digest. A woman (Camille Keaton), after one of the worst rape scenes in cinema history is left for dead and after narrowly surviving the encounter takes it upon herself to exact her revenge on the group that did her wrong. If there is a horror movie that single handedly wages war on all things penis, this is it. So, whether you have one or are looking to acquire one, there are plenty penis friendly horror movies that will help you achieve your goal. This one…not so much.

Holy Mary Mutha O’ Gawd if there is one movie that will keep you north of your honey’s waistband, it is Teeth. An allegory for the taboo stigma put on sexual exploration and the awkwardness that comes with teenage hormones, teeth snaps its jaws pretty hard around its message and doesn’t let go. Teeth follows teen-aged Dawn (Jess Weixler) as she realizes her sexual awakening is wrought with some issues, issues that include the fabled “vagina dentate” or “jesus-fucking-christ-there’s-sharp-little-teeth-in-your-baby-maker-itus. That’s right, Dawn soon comes to the conclusion that she is sporting the Sarlacc Pit of vaginas and things get pretty, well… hairy (don’t judge). So the real question here is, “just how turned on do you get from the site of dick-blood?”. Unless you have a cache of well hidden magazines exploiting a certain fetish the answer is probably “not-at-all”.

3. It Follows (2014)
“Hey Baby, I understand you wanna play it safe, but like, it’s totally against my religion.” Good luck trying to pull that one off after a viewing of “It Follows”. Writer/Director David Robert Mitchell has ensured that the ole “hole in the tub of popcorn” trick no longer has a happy ending with his tale of a demonic presence that attaches itself to its victims through sexual transmission. That’s right kiddies, there’s nothing quite like trying to move things into the bedroom after Mitchell spins his yarn of death by diddle. Thanks Davey for turning your prom-night-gone-awry experience of topical ointment and awkwardly placed q-tips into a cautionary tale about teen promiscuity sure to put the kabosh on any nocturnal activities. If that wasn’t bad enough, here’s what director Mitchell shows us is sure to await us after touching the dread pee-pee:

Now doesn’t that just wanna make you run out and buy a pack of ribbed, extra lube?

Holy Christ on a Crutch! Let me tell you the wrong way to get to Fucktown…just take a left at a combination of date-rape and the nastiest zombie-virus-STD this side of a Tijuana donkey show and you’re pretty much there. When young, pretty Samantha (Najarra Townsend) gets drugged and date-raped at a party she immediately assumes she has been given an STD. If only things were that simple. Soon Samantha starts looking a little worse for the wear and what could have been a little morning-after cocktail of penicillin and neosporin turns into a slow nasty, icky, gooey decomposition. Just remember what the leper said to the prostitute, “keep the tip.” Again, its gonna be a tough sell after this one, kiddos. Best to swipe left and move on. 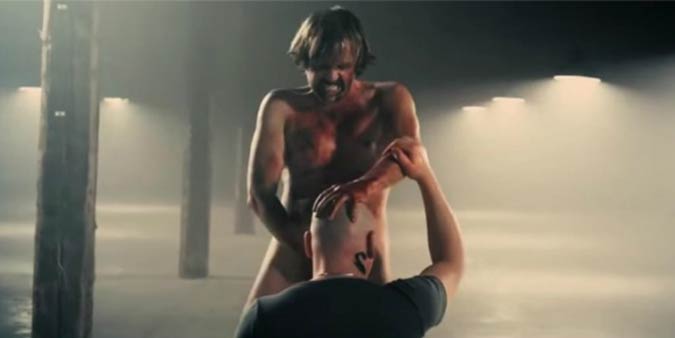