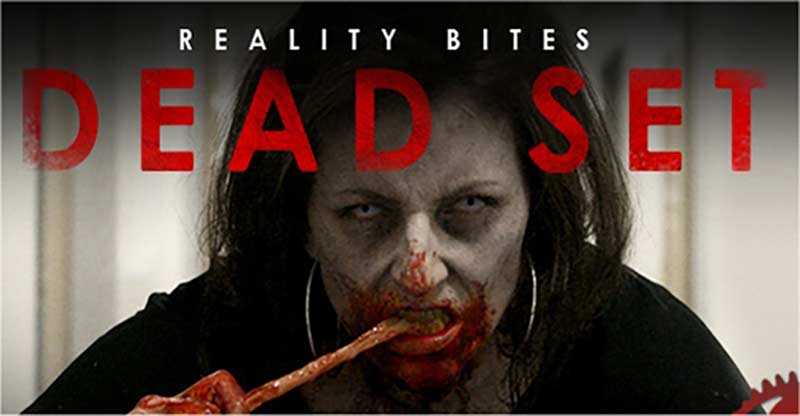 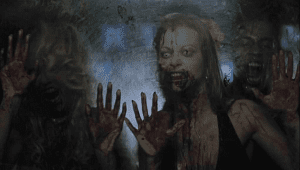 2010’s premiere of The Walking Dead set a new standard for horror tv. Viewers were introduced to a world ripped form the pages of a comic book that had warmth, depth and surprisingly a LOT of gore for a mainstream series. The show, which has undoubtedly had its fair share of ups and downs over the course of its 8 seasons was many audiences first glimpse of just how the epic premise of a world ravaged by the undead worked on the small screen. In fact, it now seems as though it was tailor made for just that. TWD, for all its ground-breaking, wasn’t the first to cut their teeth on the idea. In all fairness, our brothers across the pond already had all the kinks worked out.

In 2008 UK’s E4 launched a five part series called Dead Set that was ambitious, brilliant, and chock full of a whole bunch of glistening, gory meta. The idea was ripe for its time: The cast of Big Brother, sheltered from the outside world, is unknowingly trapped in the center of the zombie apocalypse. And yes, its THAT Big Brother. Part of Great Britain’s INSANELY popular reality show was that the contestants were unable to communicate with the outside world, a fact that made the ensuing madness STRANGELY convenient. The show follows members of the show’s production crew as well as the cast as they fight for survival. Dead Set was relevant, at times moving in the portrayal of its characters AND EXTREMELY gory; most of the elements that TWD has been praised for. Although the show only ran for 5 episodes it set a high bar that unfortunately went largely overlooked. For those wanting to experience the ground-breaking series in its entirety it is current;uy available on Netflix.