It’s arguably the most well-known horror movie trope of all time. The villain goes on a gratuitous violent killing spree, leaving countless bodies in their wake. There’s often no real reason for the evil, other than the person’s mental illness. This presents a significant problem for those suffering from mental illness and the general public.

The Shining is one of the most famous horror movies ever made. It follows Jack Torrance and his family as they winter alone in the Overlook Hotel. Jack is recovering from alcoholism. In fact, it’s implied he chooses the job because of the lack of alcohol in the hotel and his confinement within it.

In addition to alcoholism, as the story goes on, Jack exhibits signs of schizophrenia and other mental disorders. The movie never directly states that Jack has schizophrenia. In fact, the plot of the movie is that the hotel itself is evil and takes Jack over. But most viewers consider Jack a “crazy ax murderer” and believe that schizophrenia played a role in his breakdown.

The Halloween franchise borrows this trope as well. A 6-year-old Michael Myers kills his 17-year-old sister. There’s no motivation given in the film. Michael Myers seems to be a normal boy until he commits murder.

Halloween upped the ante by showing Michael in an asylum. One of the main characters is Dr. Loomis, Michael’s psychiatrist. He tries to help Michael, mostly by ensuring he never gets out of the asylum.

Psycho didn’t create the mentally ill-as-monsters trope, but it might be the most well-known movie to employ it. Motel proprietor Norman Bates murders several people in the movie. He also keeps the corpse of his dead mother, who the movie implies he had an inappropriate relationship with.

Bates suffers from DID, or Dissociative Identity Disorder. But audiences at the time knew very little about DID. Instead, they believed he had schizophrenia.

The Impact of Negative Portrayals in Horror

There was a stigma around mental illness long before mental disorders became a horror movie trope. But they certainly exacerbate the problem.

Do you think of a serial killer when you hear the term antisocial personality disorder? Does schizophrenia conjure images of an ax-wielding madman? Do you fear mental health treatment centers, which have been portrayed as dens of torture offering only shock treatment and lobotomies? If the answer to any of these questions is yes, horror movies probably influenced how you view mental illness and treatment.

Why the Portrayal Matters

Entertainment has a far-reaching impact on our culture and perceptions, for better or worse. Many social issues have been positively impacted by changing the way they are portrayed in entertainment.

The LBGTQ movement is an excellent example. When Ellen Degeneres came out on network TV in 1997, she became a hero for members of the community. At that time, LBGTQ people had much to fear. There was a backlash against it throughout the 90s, which culminated in the death of Matthew Shepard, a 21-year-old gay student who was beaten and tortured to death in Wyoming because of his sexuality.

The first sitcom to feature an openly gay character, Will and Grace, first aired that same year and became incredibly popular. As LGBTQ characters are portrayed more prominently in the media, social acceptance has dramatically improved. In 1996, only 26% of Americans supported gay marriage. In 2021, 70% did.

It would be overly simplistic and even unfair to suggest that the way the media portrayed people of different sexual orientations is solely responsible for the shift, but it’s safe to say that it did have an influence.

How Can the Horror Genre Do Better?

It’s easy to see that something’s gotta give. The horror genre’s portrayal of mental illness is certainly problematic. A realistic and empathetic representation of mental illness could help remove the stigma many people face today. But defining what the change should be is more difficult.

The 2019 Joaquin Phoenix vehicle The Joker was released among a firestorm of controversy. The gritty, violent film took a sharp left turn from standard comic book fare to portray a mentally ill man as a dangerous, troubled killer. But this time, it added an extra element. The Joker allows us to empathize with the character and see him as a human, instead of a monster.

The Australian horror film The Babadook takes a different approach to mental illness. Single mother Amelia struggles with depression, neurosis, and anxiety. As the film goes on, she becomes more mentally unstable. Her son, Sam, has his own mental health issues.

The two are in a mental health crisis, with no one to believe them or truly care as they deal with the terror of the Babadook, a storybook character who begins to torment them in real life. Both Amelia and Sam scare other people with their behaviors, although they aren’t outright violent.

As the movie goes on, The Babadook amps up his psychological torture of the family. Eventually, the viewer comes to understand that the monster is a shared figment of their imaginations.

Both these movies are complex. The main characters are not good or evil. They are people, with virtues and flaws like anyone else. Unlike most horror movie villains, they are truly human.

Perhaps the horror genre, and the entertainment industry as a whole, have a responsibility to help change people’s perspectives through the movies and shows they create. In 20 years, we may look back on the damaging portrayals of deranged mentally ill characters on a slashing spree with a different sort of horror. A horror tinged with embarrassment that such portrayals were once accepted, even as entertainment.

Psychiatryonline.org – Horror Movies and Mental Health Conditions Through the Ages

Come Play this Supercut of Shining References…Forever..and Ever…and Ever…
12/10/2017 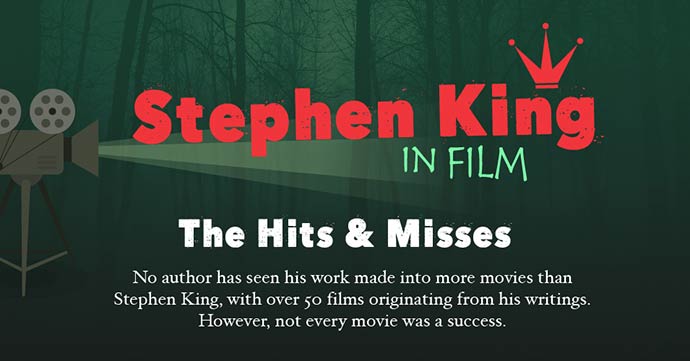