Filmmakers Johnny Kera of 523 Productions and Nathaniel Morin of Lost Paradise Films are producing a new ghost hunting series entitled The Existence. The two filmmakers investigate the possible paranormal hauntings of locations from cemeteries to abandon homes. Their reason in starting a series that focuses on the paranormal is due to their personal experiences while living in Southern California. Kera has always loved the paranormal and he is a lover of horror films, and wanted to create a paranormal ghost hunting series. “I loved being scared and watching scary horror films even as a child living in Los Angeles.” Kera teamed up with his friend, New Hampshire native and filmmaker Nathaniel Morin. Although a skeptic, he too has experienced the paranormal while living in Hollywood. Having seen something that he couldn’t explain, research had led him to the discovery of a legend of a ghost in his own apartment building. “I’ve experienced the paranormal growing up living near a cemetery. I am looking forward to finding out the truth and presenting it on video”, said Morin. The two filmmakers have been doing extensive research in watching other ghost hunters on YouTube, but they were looking to create a different style and look for the series. “I am looking to create a comedic approach for myself and I am looking to be different during the investigations,” Kera said. Nathaniel is more of the skeptic and wants proof before he commits to believe. The two are currently continuing to explore different locations throughout the NewEngland area that are said to be haunted. “We’ve come across people here in Manchester, Concord and Nashua who have explained that detailed locations that they claim are haunted. In addition, we’ve heard stories of other potentially haunted locations throughout New England,” said Morin. In addition to investigating the paranormal, the two filmmakers are also researching historical information on each location.

In the future, the two would like to travel on a global scale to explore the possibility of paranormal activity. Both filmmakers would love to see this series get picked up by a network.. The production team is also looking to attach several guest stars from both in the YouTube world and the Hollywood film industry as guest appearances. The link to the series on YouTube can be found here at https://youtu.be/C7ENduAV3bg

Below are several images of what the filmmakers caught on still camera. Check out the images below. 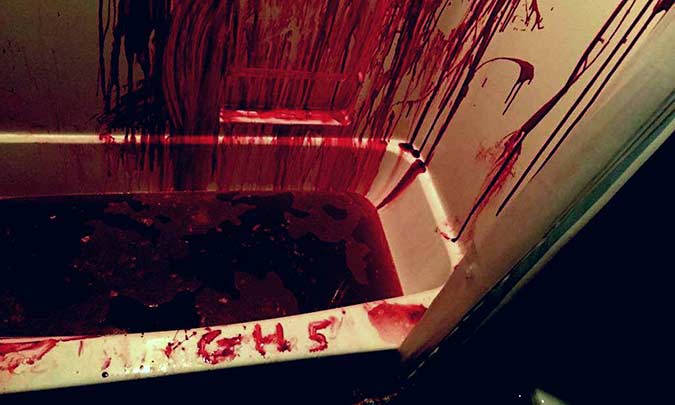