Blood Massacre, Hate Crime and I love Snuff coming to home video via TetroVideo in november

The horror film Blood Massacre (1987), the obscene french film I Love Snuff (1995) and the brutal home invasion / found footage film Hate Crime (2012) are now available on DVD via TetroVideo.
For the first time on standalone DVD, Bloody Massacre is another title of the Tetro Underground collection (a line dedicated to all the underground films produced until 1999) along with I Love Snuff.
Both films are available in a Standard edition (vintage looking Slipcase + black amaray + DVD) and in a Silver Limited Plus numbered edition of 30 copies (vintage looking Slipcase + transparent amaray + reversible sleeve + DVD + 1 collector’s card).
Hate Crime insteadcomes in a limited Mediabook edition of 100 copies(Slipcase + DVD + 20-pag booklet).
Blood Massacre
Directed by Don Dohler (Nightbeast, Alien Factor), Blood Massacre is a surprisingly atmospheric slice of late-80s/early-90s horror. It was shot in 1987 and released on VHS in 1991.
Blood Massacre comes in two editions with english language, italian/french subs and with “Alternate Video Beginning”, “Blood Massacre incomplete video test” and “Trailer” included in the Bonus Features.
Synopsis: a group of deranged Vietnam vets start a robbery and murder spree at a local store and breaking into an isolated house they take a family hostage. As they terrorize the captive family, they don’t realize they are soon in for a surprise…
George Stover, Robin London, James DiAngelo, Thomas Humes, Lisa DeFuso, Richard Ruxton, Grace Stahl, Anne Frith and Lucille Joile star.
I love Snuff
I love Snuff is a revolting and obscene film written, directed and starring Jean-Louis Costes, a french noise musician, performance artist and film actor described as the french version of GG Allin. He appeared in Irréversible by Gaspar Noé.
I love Snuff comes in two editions with french language, english/italian subs and with “Costes Exclusive TetroVideo Interview” and “Trailer” included in the Bonus Features:
Synopsis: an S/M couple kidnaps a young victim and tortures her. They film the tortures and send the videos to the girl’s husband, hoping to horrify him and get a reaction. But the husband is excited and asks for more…
The film stars Anne van der Linden, Jean-Louis Costes, Pascal Keller, Quentin Rollet and Rose.
I Love Snuff is written by Jean-Louis Costes and Yves Pierog.
Hate Crime
Written and directed by James Cullen Bressack (Deadly Reunion, Bethany), Hate Crime is a violent found footage / home invasion film about racial hatred. It has been banned in the UK by the BBFC.
Writer-director James Cullen Bressack said: “As a Jewish man, and a victim of anti-Semitic hate, I made a horror film that depicts the very thing that haunts my dreams. As an artist I wanted to tell a story to remind us that we live in a dangerous world; a world where racial violence is on the rise. It saddens me to learn that censorship is still alive and well“.
Hate Crime comes in a limited Mediabook edition with english language, french/italian subs and with “Behind the scenes”, “Audio commentary” and “Trailer” in the Bonus Features.
Synopsis: a Jewish family, that just arrived in a new neighborhood, are recording their youngest son’s birthday celebrations on video when their home is suddenly invaded by a bunch of neo-Nazi lunatics who want to humiliate, torture and exterminate everyone.
Jody Barton, Nicholas Adam Clark, Gregory DePetro, Debbie Diesel, Tim Moran, Ian Roberts, Sloane Morgan Siegel and Maggie Wagner star.
Hate Crime is written by James Cullen Bressack and Jarret Cohen. 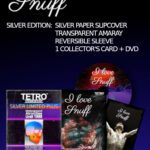 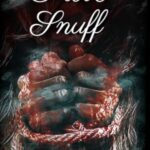 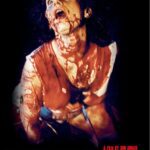