“She Kills” played at dozens of film festivals and venues across the world, include such prestigious events as the “Eeerie Horror Film Festival” and “The Optical Theatre”.  It also debuted this past fall on Itunes, Amazon Video and Vimeo.  Now the movie set to infect North American DVD, cable and VOD

“SHE KILLS is raunchy, gory, and altogether wrong in so many ways. It’s also a pretty damn good time.”
-Ain’t It Cool News

Synopsis: “Sadie’s life is destroyed when a vicious gang called ‘The Touchers’ targets her for their sadistic fantasies after witnessing her sexy but innocent naked frolicking in a nearby field. On her wedding night they attack her and her husband Edward, brutalizing both of them. But during the attack the virgin bride discovers a dangerous secret about her body – she is cursed with the legendary STD ‘Fire Crotch’, a condition where Satan has laid claim to her vagina. After visiting her fortune teller friend Casparella, a space exorcism is attempted on her meat flaps, but it only ends up unlocking secret hidden powers inside her. Her hatchet wound becomes lethal, her most deadly weapon in her thirst for revenge against The Touchers and her fight against lustful men everywhere!”

“This sh*t is off the wall bat-sh*t insane and I loved every single o’er the top (way, way o’er, my creeps) moment!”
-Famous Monsters of Filmland

“She Kills is an awesome, crude, low budget grindhouse homage comedy that is easily the most pro-woman movie since the original I Spit On Your Grave.”
-411 Mania

“It’s a rousing good time of madness, mayhem, gore, comedy, eroticism, revenge, and much much more that delivers the goods! See it…more than once.”
–Buried.com

“You should have nothing short of a blast watching ‘She Kills’. I appreciated the knowledge writer and director Ron Bonk displayed in crafting this comedy based off the style and tropes of the trash style films from the history of cult cinema.”
– Morbidly Beatuful

“How much fun is this film? Perhaps this will explain it best: immediately after watching it, I started it at the beginning and watched it again. And both times I was not bored for an instance.”
-Indie Horror Films

“I have yet to see another film like this. I have watched so many indie and low budget films and reviewed thousands, nothing with a premise this so fucking off the wall. She Kills really delivers something that fans are going to really get excited about.”
-Wicked Channel 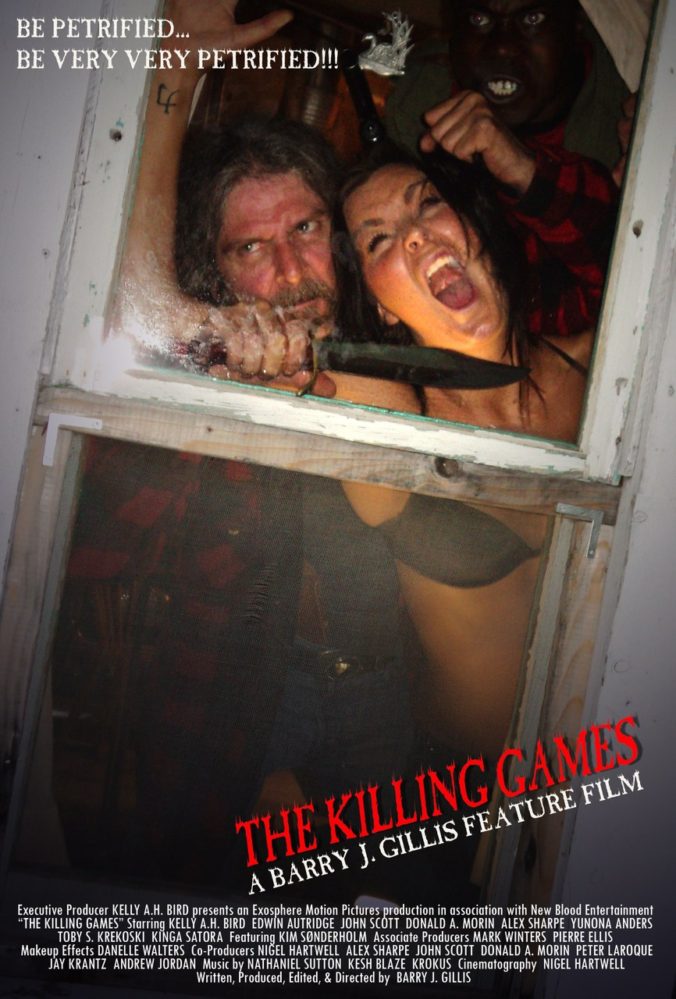