The Witcher 3: Wild Hunt can be considered a crowning achievement for studio CD Projekt Red. The game concludes Geralt of Rivia’s epic tale, while it somehow propels the next gen RPG experience into new unrivaled territory. But this doesn’t mean The Witcher 3 is without it’s flaws.

The Witcher 3: Wild Hunt begins very swiftly, throwing you into the grand adventure without hesitation. There are a few interesting story quest and side quests early on in the game the are quite effective. You meet a slew of characters and most of them are likable. Between the training section, prologue, and these early quests it lasts about 10-15 hours depending on play style. Sadly though the story begins to get a bit muddled the rest of the first act. You began a pretty simple enough story that turns into a spider web of fetch quest and throw away side characters. Only a few quests stand out in the rest of the first act and they’re very disappointing. I found myself trying to get through this part fairly fast. It took about 50 hours to reach act two. The story so far was filled with ups and downs, mixed with mostly bland quest. Only a handful of quests actually stand out.

Luckily act two and three focus in on the main quest and this is when the game shines. You’re going on quests that actually matter and that you are actually engaged in. It got quite brilliant in fact. The game make you prepare for one last hoorah and just when you think you’ve reached the end, you realize you still have another chunk of the game. You can and on another 20-25 hours gameplay. Act three ends the game in epic fashion and there are a couple twist (at least in my playthrough). Right before the credits roll, I got a huge surprise and a Pirates 3 type ending like when Captain Jack pulls out the map to find the fountain of youth and says ‘drink up me hearties yo ho’.

The world this story takes place in is a beautiful one. It’s an absolute highlight of the game, it’s masterfully crafted and feels like a real living place. When you leave the game and come back to it, it feels like things have happened since you were last there. Citizens seem like they are actually doing things, living their life. Locations vary from peasant villages to large cities and all feel very different from each other. Traveling by feet or horse is also a joy. The wildlife and foliage is jaw dropping, mixed with the wonderful lighting and dynamic weather it looks even better. Character models and creatures also look very nice. It’s amazing what was accomplished in a world this huge.

My biggest problem with the game has to be it’s movement and combat. It’s very mediocre and is on the verge of being bad. Moving is fine when you’re out in the world running around in forest or riding your horse, it’s perfect. As soon as you get into close quarters you might want to take it slow though. I found myself getting stuck on doors or completely missing them. If you just flick the analog stick up, Geralt will go into an animation where he takes a couple steps. This is a huge problem when trying to loot things, since the icon doesn’t appear unless you’re right in front of the object looking at it. So it’s all a bit floaty. Combat also suffers from this same floatiness. Not only are you fighting enemies, you’re also fighting the controls. Dodging and rolling can be very rewarding when the game allows you to do so. Striking down enemies is also fun. But ideal battles are in an open area with a couple enemies. Early on in the game you come into contact with groups of enemies and the just swarm at you. This is cool and realistic, but with the messy controls and crappy lock on system, I found myself dying a lot. After getting used to the controls, combat system, and learning how most enemies fight, I had much more fun. 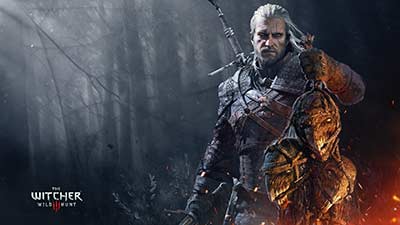 Variety in swords and armor is nice and you can alter the way Geralt looks throughout the game. You can also customize your horse throughout the game by buying saddlebags, saddles, armor, and putting trophies on him. There is also a decent skill tree with four different section. I decided to go with a more combat centered loadout. I really couldn’t justify pouring my skill points into signs or alchemy. There is a general branch, but it doesn’t contain anything worth while.

Signs are a mixed bag. In some combat situations they come in handy, but most times they are just there. I found it was easier just to focus on hitting the enemy with my sword than to try and incorporate signs into the fight. Alchemy was useless to me as well. I just couldn’t grasp their system. Get all these ingredients to make potions or weapon buffs that barely change the way you play. I completed the game without making anything other than what’s required.

Overall the Witcher 3: Wild Hunt is a massive game that delivers a huge fully realized world with an epic story that get’s a little too padded for it’s own good. But no matter how great the game got, it’s severely dragged down by the sloppy movement and combat. If you’re at all interested in The Witcher 3 or open world RPG’s, pick it up. It’s definitely worth $60 and you can easily get 100 hours out of the game. Review submitted by HorrorFix contributor Hemraj 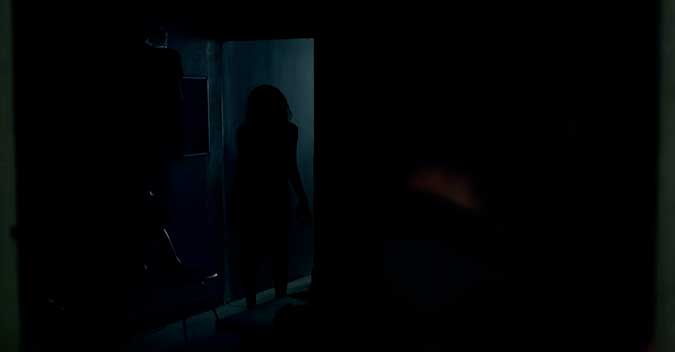