Wallen was excited to talk about a theatrical release in the near future with Vision Films.

“Betrayed” and “Bennett’s Song” are in the middle of a strong run with Vision Films.

“Eternal Code” tackles the moral dilemma of “Would you Kill to Live Forever?”

After a revolutionary invention with great implications, Bridget (Hoveland) finds a character flaw in the company they’ve partnered with to develop the prototype that could be the fountain of youth. When she pulls the plug and step away from their original deal, she quickly realizes they will stop at nothing to get it back. After her family gets kidnapped to sway a favorable vote their hopes rely on their teen daughter Miranda (Cama) and her unlikely allies Corey, a suicidal military veteran (Chinappi) and Stephanie, a prostitute (Kaiti Wallen).

Harley was inspired to write the script after reading about a stranger than fiction announced head transplant story considering how close we are in genetic research and stem cells, not to mention A.I and technology.

“I really ended up with an incredible ensemble cast on “Eternal Code” and behind the scenes a new editor in Fred Mossman and with “their best work yet” from Kaizad and Firoze Patel on score and sound design there is a lot to be excited about,” said Harley Wallen.

1 0
Previous ArticleFRIDAY THE 13TH: THE GAME STALKS ITS WAY TO NINTENDO SWITCH RETAIL THIS AUGUSTNext ArticleIRON SKY: THE COMING RACE in theaters, On Demand and on Digital July 19, 2019. 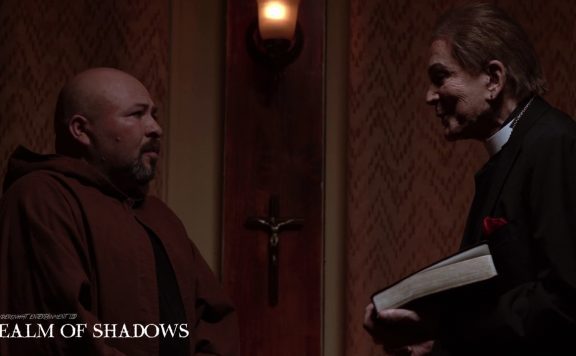