As the THE HOUSE ON PINE STREET quickly approaches its September 30th release date, TERROR FILMS shares yet another clip from the award winning haunted house thriller, titled “Skeletons in the Closet.”

The company has added two more platforms to the film’s initial release, which now include YouTube and Vimeo On Demand. Other platforms hosting the VOD release include: Amazon Instant Video, Google Play, VUDU, Xbox, PlayStation and iTunes. The film can be pre-ordered on iTunes here:

Prior to the film’s September 30th digital release, the distributor has also set a one time, special event and theatrical release in the filmmaker’s home town. The showing will take place on Tuesday, September 27th at 7:30pm at the Alamo Drafthouse, in Kansas City.  If you are in the area, you can check out the film’s official event Facebook Page (advance ticket sales) here:

The story revolves around Jennifer (Emily Goss) who is seven months pregnant and reluctantly returning to her hometown in Kansas after an unexpected mental breakdown. Coping with her fears of motherhood, a strained relationship with her husband, Luke (Taylor Bottles), and the overbearing presence of her own mother, Meredith (Cathy Barnett), Jennifer struggles to regain control of her life. But when strange things start happening in their new rental home, Jennifer begins to fear that it may be haunted. Alone in her convictions, Jennifer is forced to question her sanity as she attempts to find out what, if anything, is plaguing the house.

0 0
Previous ArticleCHILLING FIRST TEASER FOR ‘ANNABELLE 2’Next ArticleOfficial trailer for “60 Seconds To Die” now out! 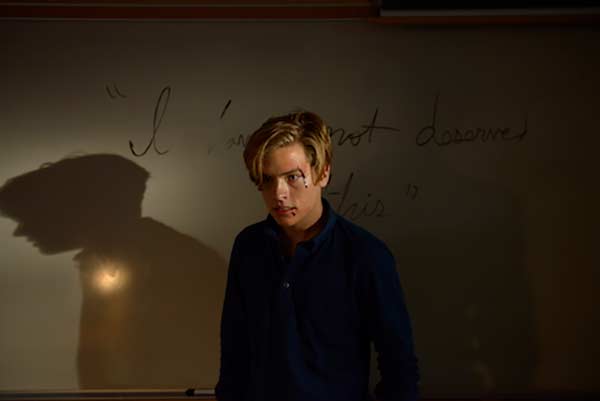