Popcorn Frights Film Festival returns bigger, bolder, bloodier with its second wave of programming for the annual celebration of all things genre. Featuring over 40 film premieres from 8 countries, special guests, and live DJ sets inspired by iconic horror film music, this year’s Popcorn Frights promises more thrills than ever before as it rages through Miami from August 11-17.

“We couldn’t be more thrilled with this year’s Popcorn Frights Film Festival program as it offers something exciting for every horror lover. These films brilliantly showcase the breadth and quality of genre work being produced worldwide and serves as a great reminder that the genre form is both thriving and continuously evolving. We’re honored to share the vision and voices of this remarkable group of American and international filmmakers and look forward to them creating many memorable moments this year,” said Igor Shteyrenberg & Marc Ferman, Co-Founders & Co-Directors of the Popcorn Frights Film Festival.

For the first time, Opening Night will feature a triple-bill of premieres, including the previously announced slasherfest Tragedy Girls. The wild night will be completed with the Final Cut presentation of the All Hallow’s Eve spinoff Terrifier and the North American Premiere of the 80’s set psychological thriller Jackals starring Stephen Dorff.

Joining Popcorn Frights for the first time is Miami based record label Bribery Corporation, who will be curating a live aural journey highlighting the marriage of music and horror with DJ sets from Mystvries and Dr. Mofongo. These performances will shine a spotlight on iconic theme music from John Carpenter, Goblin, Steve Moore, S U R V I V E, and Disasterpeace as well as Darkwave, Synthwave, and Retrowave from across the spectrum of classic and modern horror films.
It’s time for rampage. It’s time for chaos. It’s time for gory fun. It’s time for Popcorn Frights!

FESTIVAL LINEUP (SECOND WAVE)
FEATURE FILMS
68 KILL Directed by Trent Haaga US | 93 minutes | 2017 SOUTH FLORIDA PREMIERE. This southern-fried caper focuses on infatuated nice guy Chip and his crazy girlfriend, Liza, whose relationship takes a sharp turn into homicide when they try to rob Liza’s sugar daddy – only to end up with two corpses, a hostage, and $68,000 in stolen cash. THE BRIDE Directed by Svyatoslav Podgayevskiy Russia | 93 minutes | 2017 Russian with English subtitles

NORTH AMERICAN PREMIERE. A young woman travels with her soon-to-be husband to his family home in the outskirts and becomes increasingly suspicious of their strange behavior. Sheer psychological terror soon overwhelms her as she starts witnessing terrifying visions when his family prepares her for a mysterious ritual ceremony. DEAD SHACK Directed by Peter Ricq Canada | 85 minutes | 2017 US PREMIERE. Three kids on a weekend getaway are holed up at a run-down cottage in the woods and must save their hard-partying parents from a shotgun-toting psycho (Lauren Holly) who wants to feed them to her slavering zombies. THE ENDLESS Directed by Justin Benson & Aaron Moorhead US | 111 minutes | 2017 FLORIDA PREMIERE. A mind-bending delight from the directors of Spring, The Endless follows two brothers who return to the death cult from which they fled a decade ago and discover that there might be some truth to the group’s otherworldly beliefs. HAPPY HUNTING Directed Joe Dietsch & Louie Gibson US | 91 minutes | 2017 FLORIDA PREMIERE. A gory thrill ride about an alcoholic drifter who gets stranded in a one-horse town deep in the American desert. It turns out that the town’s psychotic rednecks celebrate a gory pastime rounding up drifters and hunting them for sport. THE HATRED Directed by Michael G. Kehoe US | 90 minutes | 2017 NORTH AMERICAN PREMIERE. From the producer of Halloween comes the terrifying new feature centering on four young women who travel to their college professor’s new country home for a weekend getaway, only to discover that the house has a malevolent past. Featuring Andrew Divoff (Wes Craven’s Wishmaster), David Naughton (An American Werewolf in London), and Amanda Wyss (A Nightmare on Elm Street). JACKALS Directed by Kevin Greutert US | 90 minutes | 2017

NORTH AMERICAN PREMIERE. A potent ’80s-set psychological thriller that centers on an estranged family who hire a cult de-programmer (Stephen Dorff) to get back their teenage son from a murderous cult, only to find themselves under siege when the cultists surround their cabin, demanding the boy back. LAKE BODOM Directed by Taneli Mustonen Finland | 85 minutes | 2017 Finish with English subtitles FLORIDA PREMIERE. A smart, slick, savage slasher that riffs on a notorious real-life Finnish murder still unsolved. More than 50 years later, four teens get some gruesome surprises when they camp out at the site of the grisly massacre. SEQUENCE BREAK Directed by Graham Skipper US | 80 minutes | 2017 FLORIDA PREMIERE. A loner video arcade technician experiences bizarre bio-mechanical mutations and Cronenbergian hallucinations when a mysterious new arcade game appears in his shop. Reality itself threatens to fracture as he works to solve its mystery and the new chaos that has entered his life. SUPER DARK TIMES Directed by Kevin Phillips US | 100 minutes | 2017 FLORIDA PREMIERE. An incinerating and strangely dream-like teenage nightmare set in the leafy American suburbs of the early 1990s when a group of best friends get caught up in an abrupt and violent accident that results in a gruesome death. TERRIFIER Directed by Damien Leone US | 82 minutes | 2017 FINAL CUT SOUTHEAST PREMIERE. It’s Halloween night and Art the Clown, the cold-blooded killer who also stalked the omnibus All Hallow’s Eve, is not wearing a creepy costume just for show. He terrorizes three young women and everyone else who stands in his way in this gritty and jarringly depraved new cut.

THE THIN PLACE Directed by Alexander Mattingly US | 15 minutes | 2017 FLORIDA PREMIERE. A mother and daughter are haunted by a terrifying presence in this supernatural suspenser. THE TICKLE MONSTER Directed by Remi Weekes UK | 4 minutes | 2017 FLORIDA PREMIERE. A quiet night in for an aspiring grime artist and his girlfriend takes a dark turn when she reveals her room is haunted by the tickle monster. TICKET SALES:
Festival Premiere Badges are on sale for a limited time for $120 per person and $180 for couples, and single screening tickets are available for $12. To purchase badges or tickets and view the Festival schedule, visit www.popcornfrights.com
LOCATION: All films will screen at the O Cinema Wynwood (90 NW 29th Street, Miami, FL 33127).
MORE INFORMATION:
Follow the Popcorn Frights Film Festival on Facebook (/popcornfrights), Twitter (@popcornfrights), or Instagram (@popcornfrights) for updates with the latest information about the Festival. Join the conversation using the hashtag #popcornfrights on social media.
# # #
ABOUT POPCORN FRIGHTS FILM FESTIVAL
Popcorn Frights Film Festival is Florida’s largest and most respected genre film event presenting the very best genre films from across the world as it celebrates the art of horror. Popcorn Frights prides itself on premiering films from emerging and established filmmakers enabling the industry and general audiences to experience the power of storytelling through genre film. The third annual Popcorn Frights Film Festival occurs August 11-17, 2017. 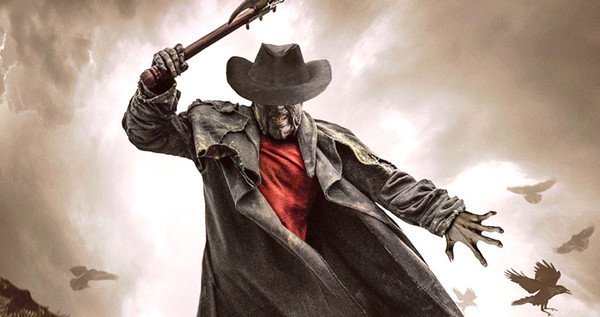