In a sea of throwback slashers and wannabe grindhouse backyard do-it-yourselfers, Gregory Lamberson’s Widow’s Point practically does the unthinkable in serving its audience a truly creepy indie ghost story with 1980’s and 1990’s sensibilities that reflect the best of those decades without blatantly pandering to their tropes.

Craig Sheffer (Nightbreed, Fire in the Sky) plays Thomas Livingston, a writer willing to go the extra mile to secure the advance got his next novel, the basis for which lies in the grisly history of the Widow’s Point lighthouse; tales of ghosts, murders and madness. What starts out as a simple publicity stunt turns into a fight for Livingston’s sanity as the lighthouse and it’s memories assault the author, turning his vie for cash into a seemingly unending nightmare.

Lamberson (Johnny Gruesome) makes some good choices here, not only with casting, but his ability to weave past and present into an enjoyable tapestry that keeps the pace of the film brisk, even at its more quiet moments. It’s Lamberson’s ability, in fact, to keep the film at a good distance from recent offerings like the Conjuring franchise and others, that enables Widow’s Point to rely on it’s tone and story as opposed to hollow jump scares and over-used gags. It is here that you realize that not all hauntings are meant to follow the cookie-cutter formula of tragedy leaving its supernatural imprint on a house or person. Some, especially in the case of Widow’s Point, have an entirely different agenda.

In addition to Lamberson’s directing, it’s Sheffer who provides the perfect balance of subtlety and mania to Widow’s Thomas Livingston. I’ve always loved Sheffer and I’ve felt that often his more recent roles have been unable to showcase his true talents. Here, Sheffer does nothing less than swing for the fences with every frame of his performance and it allows the film to do what it does best: rattle your senses and instill an uncomfortable paranoia that permeates the film’s latter half. It is this same sense of unease that also works to disorient the audiences’ ideas of just what Widow’s Point really is, a revelation that works to place the film somewhere between LaLoggia’s Lady in White and Gordon’s Dagon. Widow’s Point’s climax delivers and cements the film as a very unexpected, and welcome, entry into cosmic horror that will inevitably find it’s place in many fan’s libraries. RECOMMENDED. 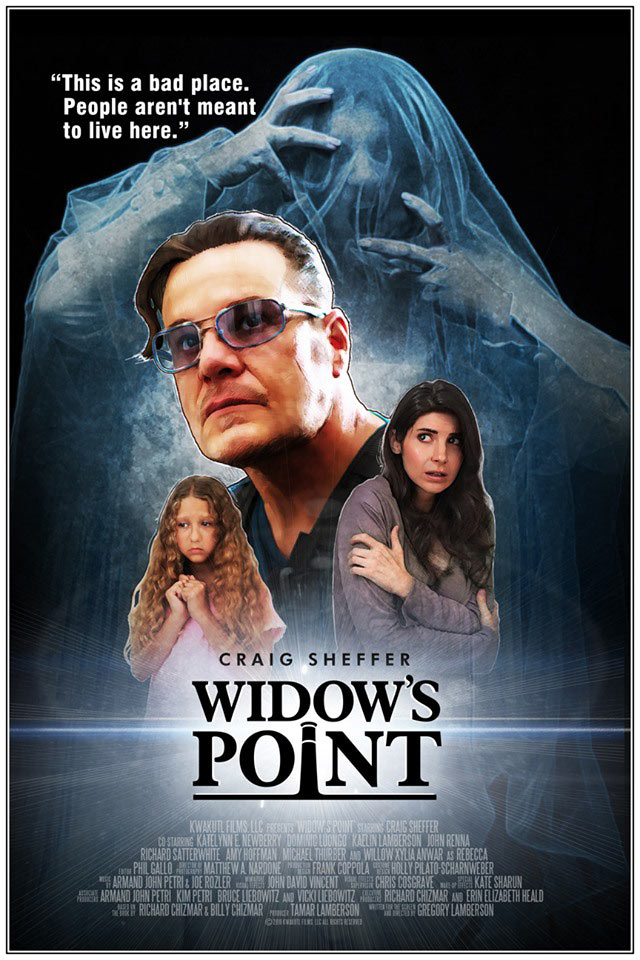