A strange house on a piece of wasteland, a years old rumour of witchcraft and missing children. An ex junkie artist and her estranged daughter who’s boyfriend has disappeared in bizarre circumstances. A young mother who seems to know more than she’s letting on and a Police Detective who might not be all he appears…

These are just some of the ingredients that make up the new horror feature from director Caradog W. James and producer John Giwa-Amu, better known as the duo that brought you 2013’s The Machine.

Jess (Kastee Sachoff) is a recovering junkie artist living in a huge mansion house in the country with her banker husband Ben when suddenly her new found stability is thrown into chaos, by the daughter she abandoned years before. 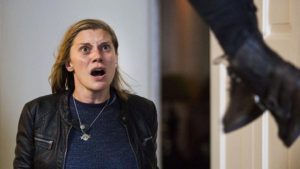 It appears her daughter Chloe (Lucy Baynton) has unleashed the powers of witchcraft and is now in danger of being dragged to hell by the inhabitant of a strange old house rumoured to belong to a now dead old crone with a need for young souls, after her boyfriend decided to tempt fate by knocking twice on the decrepit door.

Wanting to appear brave Chloe also knocked twice and is in need of protection, even if it is in the form of a mother who dumped her at a boarding school many years before.

Are the rumours true? Will Chloe’s boyfriend Danny (Jordan Bolger) make it back from wherever it is he’s disappeared to? Will a mother and daughter’s strained relationship survive the ultimate test? And is Detective Boardman (Nick Moran) the nice guy everyone seems to believe he is???

You’ll just have to watch and find out for yourself now won’t you?

The movie itself looks great, sounds fantastic and moves along at a pace that refuses to allow you to get bored. The cinematography (Adam Frisch) is superb, the score subtle enough until required to punctuate the many jump scares and creature FX are top notch. There’s even one particular moment that, to this reviewer, brought to mind the early work of Argento.

All in all, Don’t Knock Twice is a more than worthy contender in the modern horror genre and while not being overly complicated or gross out terrifying should appeal to a wider audience and with it’s female lead cast will make the perfect date movie.

Go in with an open mind, a full tub of popcorn and your favourite boy/girl and enjoy as this twisted tale unfolds. Sure, you’ll have to suspend belief for the majority of the film’s duration and not every plot devise or character will make sense but hey, we’re horror fans, we’re used to that… Right? 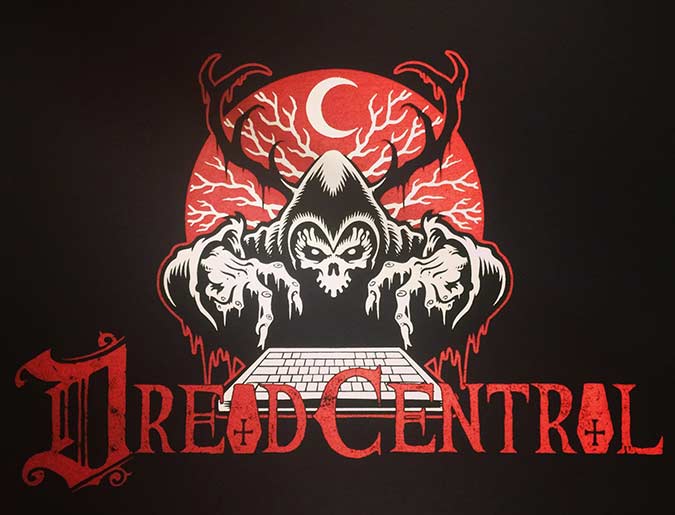