Multi award-winning filmmaker Harley Wallen’s Abstruse starring Tom Sizemore (Black Hawk Down) and Dennis Haskins (Saved by the Bell) is now released for satellite and cable rental from outlets such as Xfinity video on demand and DirecTV as well as Hoopla and Amazon and has racked up many awards on the festival circuit.

Two young women Amanda (Kaiti Wallen) and Mindy (Jessika Johnson) along with their friend Jess (Jesi Jensen) get themselves into a very compromising situation that proves life changing, the aftermath is almost worse as all trails of the event has been wiped out and all of a sudden the tables turn and Amanda goes from being the victim to the accused. Amanda’s father, Max (Sizemore) decides to look into it only to realize it’s much bigger than they first anticipated. The story heads to a Good Vs. Evil showdown to settle the score.

“I remember writing the script and I had my good friend and fellow filmmaker Jerry Hayes read it and he came back and said “I love it, great script! But who’s playing Max, that’s not a simple role Harley… Thats a Mickey Rourke or Tom Sizemore role!” I hadn’t thought about the dilemma of the anti-hero so I did what any good filmmaker should do, reached out to them and I must say I love Tom’s performance in the film! Also I got a chance to cast our dear Mr. Belding, the amazing Dennis Haskins in a great role the way you’ve never seen him, I’m not spoiling this one, watch the movie!!, added Wallen.

0 0
Previous ArticleSurvive the Holidays with KRAMPUS & CREEPSHOW ApparelNext ArticleWhat will YOU find in The Lost Footage of Leah Sullivan December 11th? 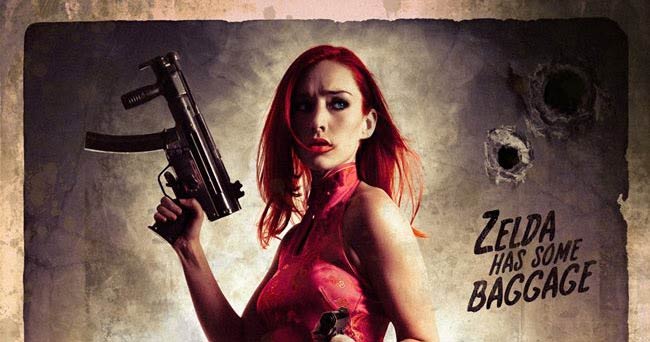