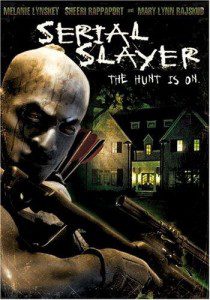 West Hollywood CA 3/3/2014—Before there was Kickstarter, and IndieGogo, and even the term “crowdfunding”, there was Mark Tapio Kines, writer / director of such films as “Foreign Correspondents” and the Lionsgate release “Serial Slayer,” otherwise known as “Claustrophobia.” While hundreds of films have discovered the sheer power of getting large numbers of small funders, Mark Tapio Kines used this exact method back in 1998 to fund his earlier release “Foreign Correspondents,” which represented the first such attempt at using crowdfunding methods before the rise of Kickstarter. Now, he’s coming back to use the exact same method for his new film “Dial 9 to Get Out.”

“Dial 9 to Get Out” is best described as a “scary thriller”, a suspense film that borrows elements of slasher film to provide an important extra jolt to filmgoing audiences. The film indeed has plenty of bite to it—it is, after all, a hard-R title—but Kines has been careful to avoid gratuitous nudity and gore to bring his presentation to life.

Kines is taking this film to Kickstarter—found at this address: https://www.kickstarter.com/projects/marktapiokines/dial-9-to-get-out-a-horror-tinged-suspense-film –where he hopes to realize contributions valued at $120,000 in order to complete the film. Having already once crowdfunded a film without the Kickstarter interface—his earlier “Foreign Correspondents” was shot on the strength of $500,000 in 1998– Kines has shown himself able to follow through on a funded project. That in turn should spell the least risk possible to those who get in on the action, and a full slate of rewards are planned for those who are prepared to put their pledges behind an already-proven filmmaker’s newest title.

0 0
Previous ArticleHorror Gaming: The Best Of The BestNext ArticleJoe Ciminera’s The Library gets a release date and a title change