When a property as beloved and revered as Stephen King’s magnum opus The Dark Tower gets tapped for the Hollywood treatment there are gonna be more than a few detractors once casting news hits the press. It’s not new news that this site has had some rather strong opinions on the subject (you can read our lengthy ramblings on the subject here), and we knew it was about time we threw our hat into the arena and dropped some names. So, without further ado, Horrorfix casts…The Dark Tower!!!

The Man in Black

Out of all of the new casting news that I’ve seen surrounding the impending abomination that is the theatrical DT, Matthew McConaughey as TMIB has actually disturbed me the least. In fact, I actually thought they might have been heading down some interesting roads (insert laugh track here) as McConaughey definitely has the acting chops to pull this off…HOWEVER, I think the heroic swagger is gonna be hard to subdue for the moments when things really need to get nasty. For that you truly need someone that can play a master manipulator with a dark side that truly terrifies. Enter Mads Mikkelsen. His run as Hannibal on the NBC series of the same name was nothing short of chilling. He not only has the ability to pull of the stark duality of a character like TMIB, but, damn it, just check out the picture below!!!

It’s hard to knock going with a relative unknown for Jake, BUT we know there is a solid choice with a proven young actor and that choice is Joshua Rush. Rush has a pretty long list of credits already for his age as well as a enormous roster of voiceover work. After seeing his range in the thriller Emilie, we have no doubt that he could pull off Jake with a blend of innocence and wisdom that the character deserves. Plus the kid has some total soulful Jake Chambers eyes goin on. Christ, he’s like half deer or sumthin. 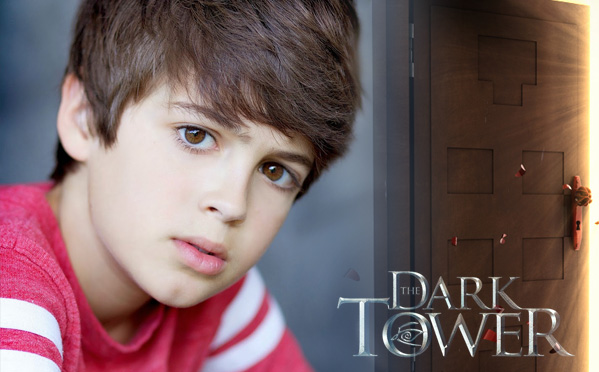 One of the most beloved characters of the series, Susannah has to be torn not only across worlds but across the very fabric of her being. Susannah, like most characters of the ka-tet is on a journey and her split personality’s agenda is often in contrast to that. The actress that plays Susannah needs to understand the value of her very bipolar nature. TrueBlood’s Rutina Wesley may just be that actress, able to spin on the turn of a dime, and how damn good does she look the part. C’mon people, this really is a no-brainer. Throw this girl a plate and watch her go…she was squad leader for gawds sake!!!

Since the first day that casting rumors were being thrown around the internet about the DT movie fans were vocal about one role in particular: Eddie Dean. Breaking Bad’s Aaron Paul has been the fan favorite from the very beginning and there is no questioning why. Paul’s take on drug dealer Jesse Pinkman is a stone throw away from Dean and would bring a lot of fan recognition should he get the role. Plus, seriously, do we even need to debate this. No, mom, please no more candy. That cauliflower has been calling my name ever since dad stole the last beet. Cast Paul. Take the fuckin candy.

Roland Deschain of Gilead (The Gunslinger)

It’s hard to argue against the case of one Viggo Mortensen to done the duster and brandish the irons, but if you will, for a moment, postulate the idea of Guy Pearce defeating Cort and taking off across the desert in pursuit. Pearce was simply phenomenal in ‘The Proposition’ and has the lean, wiry physique that screams Roland. Plus, Pearce is able to practically modify his body for any role. A prior professional weight-lifter Pearce would assume the perfect physical form to take on Gilead’s chosen son. For the love of all that is holy take a look at the picture!!! Top it off with the the fact that Pearce is no stranger to episodic storytelling (he has reprised the role of Jack Irish now for over 3 seasons) and Pearce would be in for the long haul as well. Also, for the love of gawd, take a look at the picture…he’s weathered as fuck!!! Totally Roland!!! He can hide ammo in his laugh lines…he’s perfect!!!

Think I’m a genius? The spokesperson for generation? Disagree with my opinions? Let me hear about in the comments!!!

Full Official trailer for IT: Chapter 2 hints at MUCH more than the original Miniseries
07/18/2019