The 2022 New York Science Fiction Film Festival has announced the award winners for its second edition, which featured a lineup of sci-fi, fantasy, and horror films and screenplay entries. Held virtually on Friday, May 13th and Sunday, May 15th, and in person on Saturday, May 14th at the Producers Club Theaters in Midtown Manhattan, the festival honored the city’s diverse filmmaking community and recognized 15 official selections for exceptional storytelling. More information on this year’s festival is available at https://www.newyorksci-fifest.com.

Congratulations to the award winners of The 2022 New York Science Fiction Film Festival:

BEST SCI-FI FEATURE
Tales of Tomorrow (2020)
Director: Pedro de Lima Marques
Run Time/Country: 85 min, Brazil
Synopsis: In 2165, the kidnapping of a young girl puts the last stronghold of human civilization at war! The problem is that, in order to save humanity, it will be necessary to rely on the help of an adolescent who lives in 1999.

BEST SCI-FI FEATURE IN A DRAMATIC SETTING
12 Months of KAI (2021) — EAST COAST PREMIERE
Director: Mutsumi Kameyama
Run Time/Country: 83 min, Japan
Synopsis: What would you do if an “impossible thing” was born between humanoids and humans? Kyoka, who works as a web director in Tokyo, gets a personal care humanoid (PCH) Kai. Kai learns various things about the owner. Kyoka gradually invites Kai to “more emotions as a thing.”

BEST DOCUMENTARY
Exegesis: Lovecraft (2021) — EAST COAST PREMIERE
Director: Qais Pasha
Run Time/Country: 120 min, Canada
Synopsis: A cathartic journey that Qais Pasha, a Pakistani-Canadian filmmaker embarks on as he traces the life of cult author H.P. Lovecraft, from woodland cemeteries in Rhode Island, to the docks of New York and on to the cobbled stone streets of Quebec City.

BEST FANTASY SHORT
Fulgidusen (2020)
Director: Alexander Feichter
Run Time/Country: 23 min, Germany
Synopsis: Felix has first met his paper friends: He has discovered them on the pages of some of the old books on the bookshelf. Uncle Armin calls them the Fulgiduses. As Felix is browsing through the books again, he discovers something new: Tentacled beings called Skures.

BEST ANIMATION
Kaiju Decode (2021)
Director: S/N
Run Time/Country: 9 min, Japan
Synopsis: The catastrophe “Skyfall” was brought by the collapsed orbital space colony crashed into the Earth. Inside the crater at the crash site now inhabit Kaiju born by a gene mutation. Ray, an avatar, comes to the area to collect the scattered “seeds”, not knowing what really is going on there, He soon meets Mil, a mysterious girl. Is she a human, or a Kaiju. A secret government film from the 1960s reveals a scientist desperate to work a mysterious AI to uncover the secrets of a fictional reality invading our own.

BEST WEB SERIES
Atlas – Chapter One (2021)
Director: Ayman Chaudhry
Run Time/Country: 10 min, UK
Synopsis: Technology has replaced currency. Wealth has replaced humanity. When a rebel cell interrogates a corrupt politician, they uncover a secret more terrifying than anything they could have imagined 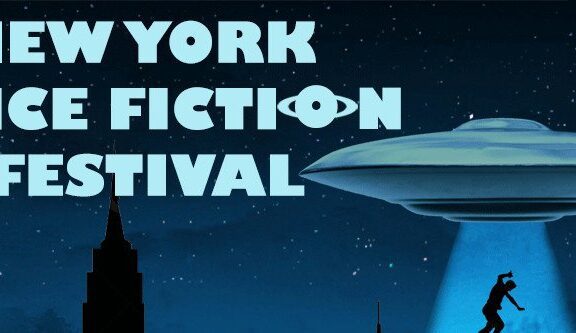