Just received the press release for this one and I have to say that I am officially intrigued. Read on!

Gory, puppet-filled horror anthology moves in on DVD and VOD this Spring!

Brain Damage Films will soon be listing Dead on Appraisal on the horror market starting with a major VOD release on March 1st, followed by an April 8th DVD release!  The DVD will feature behind-the-scenes featurettes, unseen trailers, and more.

With its three insane stories, bucket loads of gore and goop, puppets and other props that would get Jim Henson hard, and colorful effects that beg to be seen on mind altering substances, Infested Films’ Dead On Appraisal is a diamond in the overcrowded horror anthology rough.

Produced in 2013 under the original title “Closing Costs,” the film consists of three short films tied together by the story of John Dante, a real estate agent who just can’t get rid of a seemingly cursed house.  Sean Canfield, Scott Dawson, and David Sherbrook share writer/director credits for “Father Land”, “Freddie and the Goblins”, and “The Morning After”, respectively.

Full Synopsis
Real estate agent John Dante is stuck with a house he can’t sell.  Despite his best efforts, he can’t seem to overcome the house’s macabre past.

This haunting anthology’s first tale is THE MORNING AFTER. Following the party of a lifetime, a group of friends wake to find a nightmare in the form of a killer bug invasion.

John is horrified to hear the story of Robbie, a young veteran who returns home to live with his father. In FATHER LAND Robbie’s dark secret slowly bubbles to the surface.

Then there’s Freddie Cooper and his band. FREDDIE AND THE GOBLINS is a tale of how Freddie’s band mates try to ditch him only to be caught up in the singer’s growing psychosis.

In a last ditch effort John’s girlfriend plans a party to help raise interest in the property, but with disastrous consequences. Will they survive the terrors that lie within its walls, or will they become just another of the house’s many sordid tales? 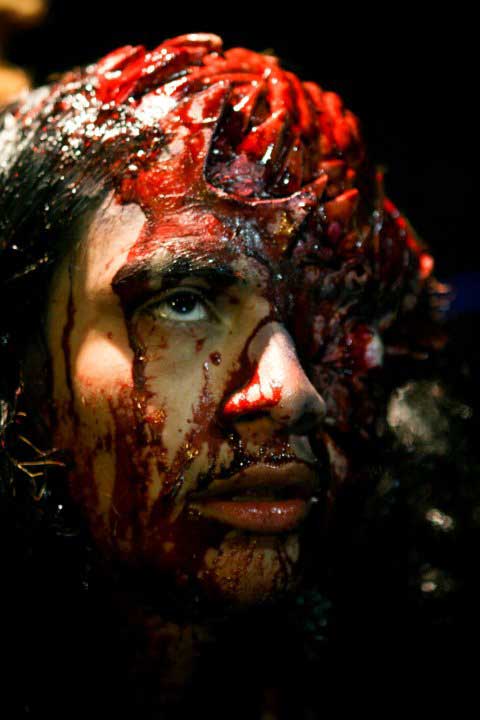