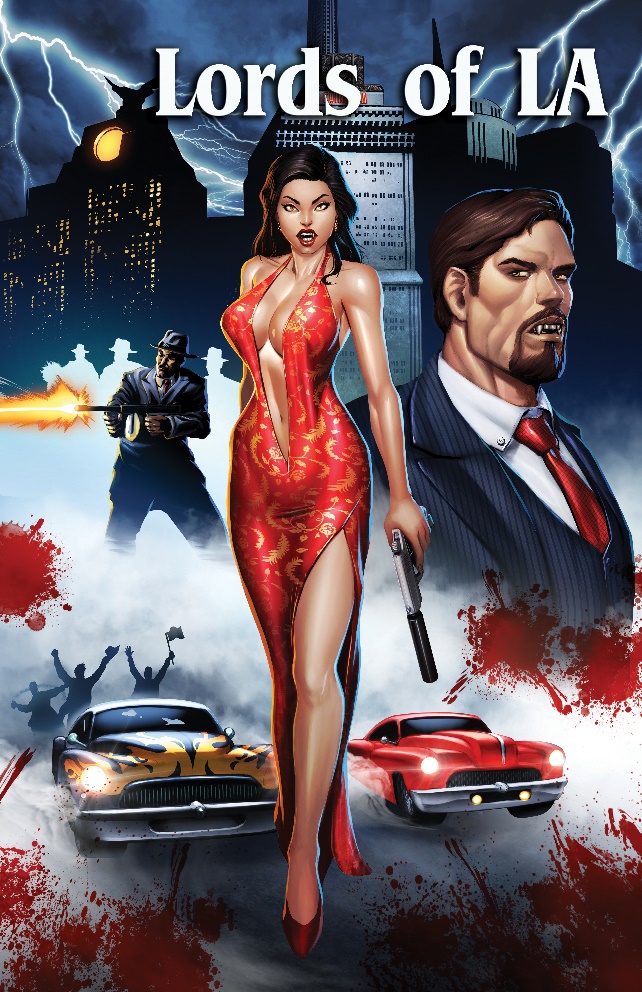 The 48-page graphic novel written by Zanca, is beautifully illustrated by newcomer Alex Femenías and inked by Maria Keane of Star Trek, Buffy, Godzilla, and GI Joe for Boom Studios and IDW.

‘Lords of LA’ is the story of three vampires. Two of them are as ancient as time itself, Don Cainella and Don Abellino, warring crime families who moved their operations to Los Angeles in the early 1950s during the Golden Age of Hollywood. There they have dealings with such icons as Marilyn Monroe and Buddy Holly.

One night, during their nightly visit to the club Silk, they heard an angelic performance by a half-Asian lounge singer, named Lena Morgan. This is her story as much as theirs. One of them turned her and ruined her life. Her son was a newborn and not knowing whether she could trust her bloodlust impulses, she left Los Angeles for sixty years. During that time, she amassed money, power, and a plan for vengeance.

Moving back to Los Angeles in 2006, she developed a relationship with a mob family and put herself on a collision course with Abellino and Cainella, disrupting their operations and cash flow. She visited her son, who was now sixty years old and a grandfather. Of course, he had no idea who she was. 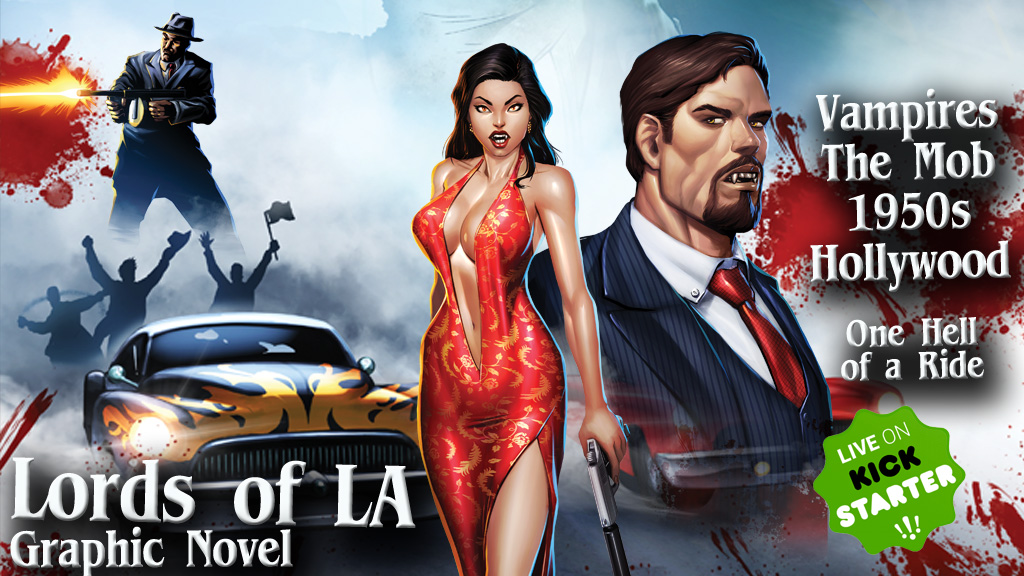 “The story of ‘Lords of LA’ traverses in time within the pages of this graphic novel that includes, sex, blood-soaked violence, and plot twists that will keep you looking for more,” stated creator Frank Zanca. “It’s a new twist on the Vampire genre, that allows the reader to see several sides of the same story. The mystery begins, which one turned her and why? How far is Lena willing to go to wreak vengeance on the crime families? Will she become a villain herself?”

Graphic novel fans from all over the world can support this Kickstarter project which features some amazing perks including variations of the graphic novel’s front covers, comprising of one created by Hedwin Zaldivar of Grimm’s Fairy Tales, and several nude variants, along with exclusive pins created by Fansets who make pins for Marvel, DC and Star Trek, there will also be acrylic standees, collector’s cards, patches, and more!

Whether you are an All-In Comic Collector, Blood Sucking Gamer or wish to Immortalize Your Vampiness, this Lords of LA Kickstarter will make your blood curdle with excitement.