You can firmly place this update into the “hell fucking yes!!!” category. Whether you love or hate remakes of already decent-to-amazing films, the upcoming Evil Dead remake from producer Sam Raimi and director Fede Alvarez looks to be shaping up as the perfect formula for gore and terror fans out there.

Recently the film’s Facebook page dropped a wonderfully twisted first look at the reimagined deadites from this film. The image alone is proof enough that the “splatstick” humor we all know and love from the Evil Dead franchise has been set aside for a more viscious and vile tone. I for one am all for that. Don’t get me wrong, I adore both Evil Dead II and Army of Darkness, but I really miss the severely disturbing tone that was originally attempted in the first film. The originally series is a classic, but sometimes there truly is room for a reinterpretation, and I think this franchise is certainly open to one after 20 years of nothing going on. Alvarez seems to have the right idea with his approach to this one.

Soon after the image was released officially on Facebook, a teaser trailer was shown at the NY Comic Con. Horror websites all over the net were reporting on what was seen there. Sadly we had no one available for the con, but fret not. The footage was kindly “stolen” by a bootlegger and uploaded for all to see in its fuzzy and amazingly gory glory. After seeing the footage a few times I can hardly contain my excitement. I can’t wait to see this same footage released in HD and even more so I can not wait for the April 12, 2013 release (April 25, 2013 here in the Netherlands). Check out the image and footage*** below!

In the much anticipated remake of the 1981 cult-hit horror film, five twenty-something friends become holed up in a remote cabin. When they discover a Book of the Dead, they unwittingly summon up dormant demons living in the nearby woods, which possess the youngsters in succession until only one is left intact to fight for survival.

***UPDATE: The full red band trailer has been released by Sony Pictures on the web!!! You can check it out in all its HD glory below. (Yes it’s the same footage that was leaked from NYCC, but in wonderful HD awesomeness) 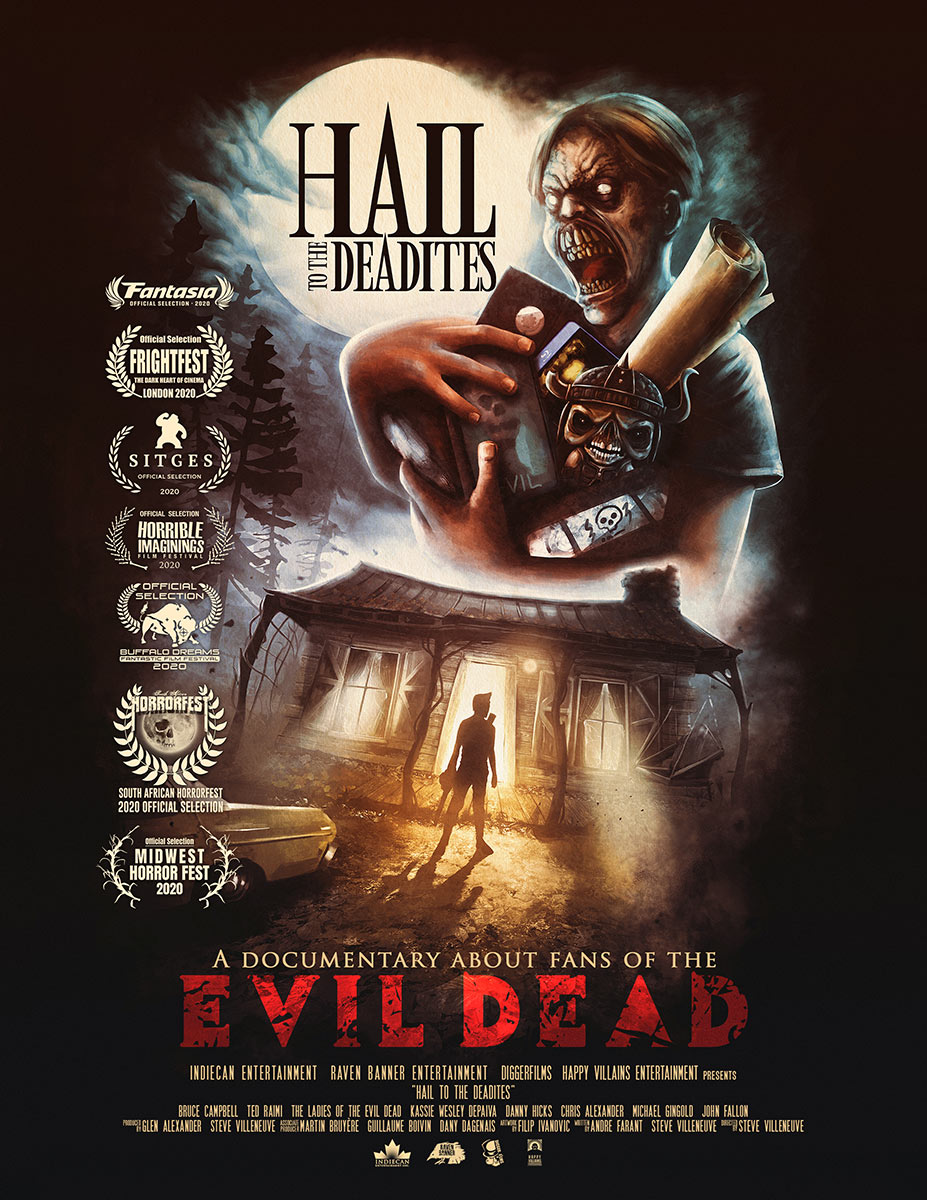