As the promo poster declares, “There’s nothing funny about dead puppets”, but it’s entertaining as Hell!  This is definitely not your run-of-the-mill “Sesame Street” puppet movie.  Jon Bristol delights, frights, and weirds you out all at once with his all puppet cast horror film ‘Head’.

I’ll admit that when the film started, I wasn’t quite sure what I was watching.  The movie opens with a cheesy puppet version of an Elvira type of intro and a short pre-game film to get you warmed up.  The puppet host may (or may not) throw you off a bit, but get through it! I promise that it’s worth it in the end.  Now, mind you, this IS a puppet movie, so don’t expect a cinematic wonder.  It is, however, well done and a ton of fun for what it is.  Head is reminiscent of a campy 80’s “let’s go camping, get loaded, and have sex while there’s a serial killer stalking us” slasher flick, complete with the enigmatic stranger and a creepy forest with a tree full of heads.  While it’s a slow starter, it eventually draws you into its storyline and leaves you hesitant to want to take your best puppet camping ever again.

Puppet sex is weird!  With that said, it was also hysterical to watch and listen too. The voice acting is well done and truly fits with the characters in the movie.  The pornographic sound effects of all the puppet sex were overdone just enough to make it a little creepy too.  Head is overall, a fun, groovy, gory horror flick where puppets lose their heads at every turn in blood spurting detail.

Head is something everyone should experience at least once! 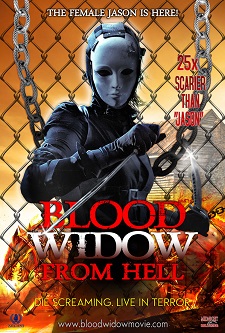