The feature is being compared to classics such as True Romance and Wild at Heart, and is a horrifying thriller about Frank (Billy Budinich) and his girlfriend, Penelope (Caylee Cowan), who find themselves miles from civilization while traveling along a deserted stretch of dirt road. As darkness falls, they come upon a small motel and diner and decide to rest for the night. The next day, after robbing the diner, they suddenly become immersed in a hellish nightmare, When the proprietor of the motel and diner, Chisos, (Johnathon Schaech) a psychotic, cannibalistic Bible thumper along with his sadistic family (Donna D’Errico, Lin Shaye), take Frank and Penelope on a life and death journey, where escape is just a heart-pounding breath away. It soon becomes apparent that they are not the first to endure this. But these two will either get out together or “go out” together. 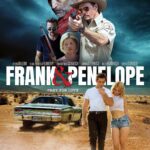 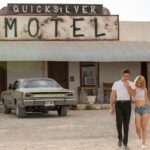