It’s been a while since we checked in with the Twisted Twins Jen and Sylvia Soska. Last we talked to them it was directly following the fantastic “American Mary“. This year saw the sisters take on TV with GSN‘s “Hellevator” We thought it was about time we reconnected and asked them a few questions about the show before the series finale airs on GSN tomorrow night (Wednesday the 16th at 8/7C). Enjoy!
1. The transition from scripted film to reality television obviously represents a variety of issues. What were some of the challenges you first encountered?

S: With a reality based show like this, especially an interactive horror experience game show, the main difference was we were setting up moments to capture them like we would in a film, but these are not actors – each contestant is a complete variable in every episode. We never know what they are going to do! Which means teamwork is so very important. There isn’t a place you can go in Hellevator where our eyes aren’t on you – so contestants may run off screaming, but there will be a camera somewhere to capture those very honest and often hilarious reactions.

J: ha ha, it’s definitely a different speed. In the television world, it’s a lot faster paced than film. All in one year we shot the pilot, got it picked up, shot the full first season, and now we’ve almost aired every episode. It’s very cool because you can see so much faster what people think and get their reactions to the show immediately, which have been overwhelming. With a film, you shoot and then have to stay quiet. With Hellevator, it’s was one hell of a ride.

2. The places you visit have pasts steeped in murder and notoriety. What is the worst personal experience you have had in one of the locations?

S: We aren’t just being adorable when we call the location the Slaughterhouse – it actually is a slaughterhouse, re-purposed of course, but there is a lot of that old vibe there and many rooms are still quite similar to when it was running. We used the draining room during our first episode – The Undertaker – and even though it was horrific with the bloody internal organs challenge, the room itself has this very dark energy. I think humans have a nature sense for danger even before our brain pieces together what exactly that danger is. When you go into that room, it sends shivers down your spine.

J: The Slaughterhouse where we shoot really has this natural atmosphere and presence. You can tell some bad stuff went down there and when a place has seen so much suffering and death, it lingers. It makes for the perfect playing field for Hellevator. You can’t fake that. Sadly, the forces of darkness know how keen I am to meet them so it so seldom happens for me. You can feel it there, though. Lingering…

3. How do closely do the actions of your contestants mirror those of actual horror film characters?

S: Contestants do mirror actual horror film characters. Some by surviving despite all terrifying odds, others by failing their challenge and being taken by the Hellevator’s personal monster army. The ones you have to look out for are the ones that come in crying. Those ones are experiencing all the horror on a very real level. They move with the experience of being in a horror movie and they tend to be the ones that surprise you by being a final girl or final boy – the iconic title of horror film survivors. People who fight the experience, reject to go with the experience, well, I have a whole Slaughterhouse of those that never made it out of the Hellevator.

J: Quite effectively, actually. The funny thing is, and I’ve watched numerous victims/contestants traverse our little game, the ones who don’t fight it and are totally present and open to the experience are the ones who survive and become our final boys and final girls. The contestants who come in brave always fail. Over confidence. But that is so similar to horror films. You can never judge a book by its cover and you can’t tell a final boy or girl from their opening scene. Not surprisingly the ladies have a better survival rate, just like in most horror movies.

4. How much inspiration for future fictional stories have you gleaned from the experience this far?

S: Being Masterminds on Hellevator has definitely affected the future fictional stories that we will tell. Each week is a new interactive horror film. Seeing these brave people take on the Hellevator, it’s definitely an inspiration for characters and unique personality types. This past September saw the release of our first Marvel Comic writing gig in a story that featured Night Nurse, maybe this Hellevator experience will inspire a story there – they have a character called Arcade which is very similar to what we do, except he has MurderWorld and we have the Slaughterhouse.

J: I am a student of the macabre. There are tons of real life haunted locations and an endless list a disturbed murders or murderesses to draw from, many of which have been a focus of fascination for years for me. Places like Poveglia Island in Italy or the Island of Dolls in Mexico or Stull Cemetery. I think they’d be incredible backdrops for our twisted tales in upcoming seasons. Elizabeth Bathory, the Hungarian Countess who bathed in blood is another good one. I feel we’re really just getting started.

5. What kind of new craziness can viewers expect from Hellevator in the future?

S: I can tell you right here there isn’t a more talented, more caring, more dedicated group of men and women dreaming up ways to make you scream while getting a chance to win fifty thousand dollars. The future of Hellevator is as diverse and shocking as the genre itself and there are so many subgenera within horror – zombie, home invasion, exorcism, alien invasion, body snatchers, killer beasts, vampires, werewolves, witches, goblins – I’m hoping for many more chills and thrills to come still for Hellevator!

J: We’ve only given viewers a glimpse of what’s to come. We were just getting you all warmed up! You can expect Hellevator to get bigger and more wicked. We’ll be introducing all new villains either inspired by horror culture or real life mayhem. We’ll have all new challenges that are only gonna get harder and it’s my new aim to see some instant deaths in the Labyrinth. Too many survivors for my liking, ha ha. Time to turn up the heat! 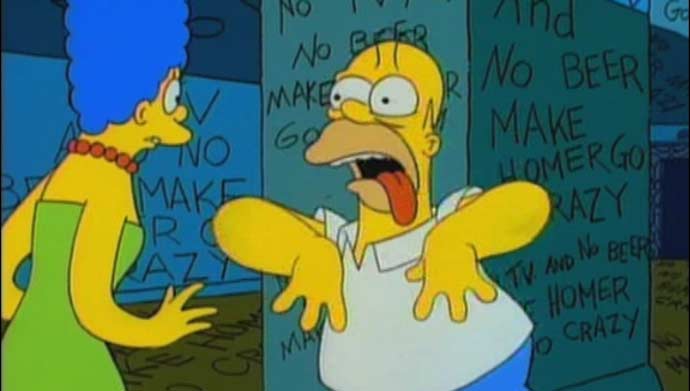 Come Play this Supercut of Shining References…Forever..and Ever…and Ever…
12/10/2017