If there’s one thing that can be said about legendary horror comic creator Hart Fisher, it’s that he never disappoints. A fixture of some of the most disturbing and unsettling stories to see print, Fisher’s Boneyard Press saw many of his creations take to the page. One of the most championed was Hart’s Bill the Bull, a half-man, half-bull, thug for hire.

Fisher has been vocal recently about his return to comics after a long hiatus and it looks as though Bill will be his first focus. Marked as “coming soon”, the Bill the Bull omnibus looks to make its way to readers everywhere vis its kickstarter campaign here. 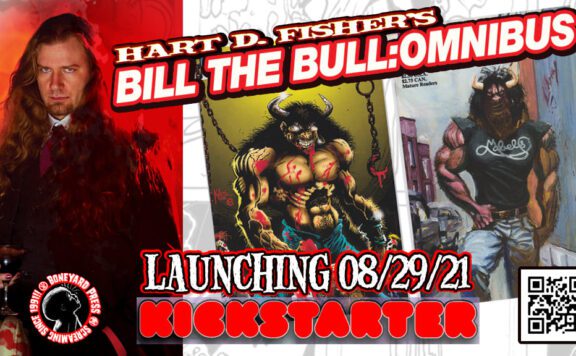