It’s that time of year again folks. With the haunted season upon us, let’s look at five of the very best Halloween based horror films to check out. 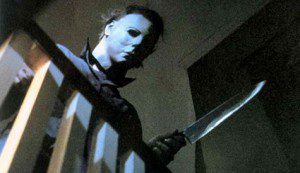 Okay it may seem like an extremely obvious choice but come on, John Carpenter’s 1978 classic is pretty much one of the best horror films ever made. Relying strongly on atmosphere and suspense rather than on-screen graphic violence, the film was a precursor to the slasher genre but did it a million times better than all the later films did. A met see for any self-respecting horror fanatic.

“Poison, Drowning, Claw, Or Knife. So Many Ways To Take A Life”. Now there’s a tagline to die for.

With Bryan Singer producing, not one but two X-Men cast members appear (Brian Cox and Anna Paquin) appear, alongside a stellar cast that also includes Dylan Baker, Leslie Bibb and Tahmoh Penikett. A sequel was announced last year, which hopefully will be more of the same but with enough to make it stand out in its own right.

3. Night of the Demons

Sex, violence, demons, and more sex, we’re in teen horror Halloween territory alright. Would you expect anything less when a bunch of dumb teenagers decide to throw a party in a haunted house and perform a seance in front of a mirror. Big mistake.

Although it’s not exactly a masterpiece, if you’re looking to leave your brain behind and have fun, this is certainly a fine film to watch on Halloween.

Although it will always be remembered most for the tragic death of its star Brandon Lee, The Crow is a perfect representation of the superhero genre before the whole shared universe and getting as many films released as possible fad took over.

Lee stars as Eric Draven, a rock star resurrected to avenge the murders of both himself and his girlfriend by a violent gang. The death of Lee is made all the more depressing by the films hauntingly bleak, grim tone. Rain constantly pours like there’s no tomorrow, the film’s depiction of a brooding gothic city arguably does a finer job than Tim Burton’s Batman films, and instead of making you want to cheer, each murder is instead depicted as a tragic act of violence.

Director Alex Proyas went on to have a disappointingly average career, with films like I Robot and Knowing, but The Crow serves a reminder of what he’s truly capable of. 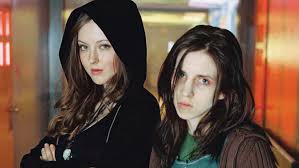 Despite being based around Halloween, for the two protagonists of Ginger Snaps, every day is Halloween. They have an obsession with death, something they feel the need to express in their clothing and personalities. So when one of them is bitten by a werewolf, with Halloween fast approaching, chaos ensures.

Unlike vampires and zombies, werewolf’s have never really had much of a surge in popularity, but every once in a while a film comes along that not only reminds us that there’s still life in the genre but also of the potential that werewolves have of being the next big thing. Enter Ginger Snaps.