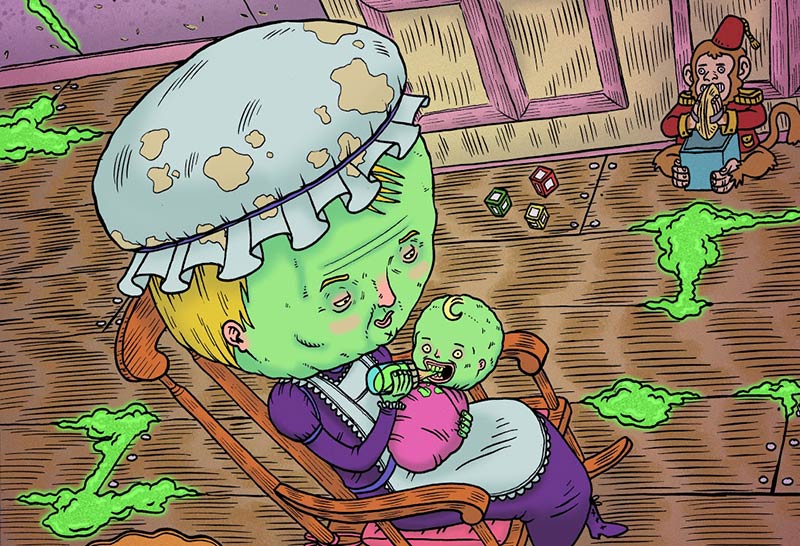 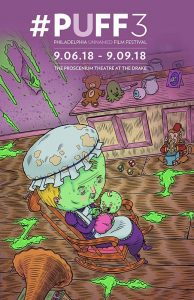 “Submissions are now open for the 2018 edition of the Philadelphia Unnamed Film Festival, which officially announces its return for a third consecutive year of showcasing the latest and greatest in genre cinema. Returning to the Proscenium Theater at the Drake in Center City, Philadelphia, PUFF3 will run from Thursday, September 6, to Sunday, September 9, featuring four full days of strange, sordid, and spectacular offerings from international and regional independent filmmakers. In addition to their feature and short film categories, the Third Annual Philadelphia Unnamed Film Festival will also be debuting a brand new micro-shorts category that will shine a spotlight on short-form unique and experimental films from emerging digital platforms.

The brainchild of genre film aficionados Madeleine Koestner and Alex Gardner, the Philadelphia Unnamed Film Festival has become the underground sensation of the Philly indie film scene. With a weekly horror screening series and burgeoning spin-offs, 2018 aims to be the biggest and boldest year yet for the festival, which has previously featured such notable films as Tragedy Girls, We Go On, Imitation Girl, and Karate Kill. Additionally, PUFF touts an excellent success rate for their selections, with almost all feature films from the first two years of the festival receiving independent distribution.
In addition to the newly announced dates, PUFF3 has also opened early submissions for filmmakers to enter their micro-short, short, and feature length productions into the fest, with special low-rate entry fees for submissions between February 1 and February 28. Submissions will commence under standard rates March 1 to June 15, followed by the late submission period from June 16 to July 15.
All films playing in competition at PUFF3 will be eligible for three different awards, each of which will be represented by a tiara in PUFF tradition: the Best Feature Award, Best Short Award, and Jury Award. Furthermore, PUFF3 will also crown a new figure in the independent genre scene with their Legacy Award.
Prior to PUFF3, the Philadelphia Unnamed Film Festival will continue to collaborate with Philly’s South Street Cinema on their weekly screening series. Curated by Gardner, these screenings have built much buzz among the city’s genre crowds, who have flocked to check out such festival favorites as Hounds Of Love and Mom & Dad as well as cult classics and local programming. Likewise, PUFF will be bringing its brand of askew cinematic fun to the West Coast for the Unnamed Footage Festival, a collaboration with the Bay Area’s Overlook Theatre. The Unnamed Footage Festival will feature two days of found footage horror at San Francisco’s Historic Balboa Theater from March 24 to March 25. More information can be found on the event website.
To submit to the Third Annual Philadelphia Unnamed Film Festival, please visit the festival’s pages on FilmFreeway and WithoutABox. To keep up with the latest happenings from the Philly Unnamed team, you can follow the event on Facebook, Twitter, Instagram and YouTube.”
Tags: Karate Kill, Madeleine Koestner and Alex Gardner, Philadelphia Unnamed Film Festival, Philly genre film festival, Philly horror movie festival, Tragedy Girls 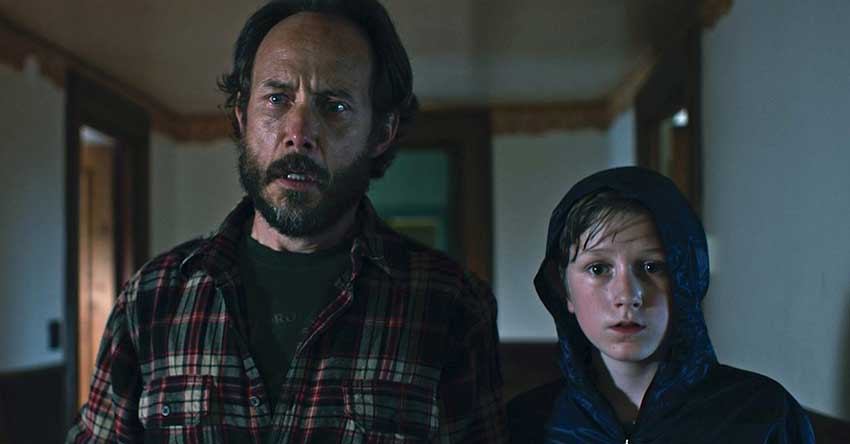