Big news today: Shudder has teamed up with writer/director Sam Wineman and executive producers Phil Nobile Jr. and Kelly Ryan (both of Horror Noire) for a new original documentary on the history of queer horror cinema. Details are in the attached press release. Sam’s amazing short, “The Quiet Room,” will be coming to Shudder in July.

Also attached and below are Shudder’s July U.S. highlights (with Canada and UK noted where available), including two new Shudder Original movies, the teen beach slasher Party Hard, Die Young (July 3) and the horror comedy DeadTectives, starringChris Geere (You’re the Worst) and Martha Higareda (Altered Carbon) (July 18). Screeners will available for both, and I have some limited opportunities to interview cast members of DeadTectives. Please let me know if you’re interested in either. New titles in our July collection include a Kubrick horror classic and probably my favorite John Carpenter film. (Settle down—I didn’t say it was the best, just my favorite.)

And last but certainly not least, yesterday we announced the acquisition of the Indigenous zombie thriller Blood Quantum, directed and written by Mi’gmaq filmmaker Jeff Barnaby. See the attached release for complete details.

Summer is finally here. Who’s ready for a vacation? Your choices: A drug-fueled, massive EDM fest on the beaches of Croatia…where teens are getting picked off one by one (a.k.a. the Shudder Original slasher Party Hard, Die Young); A lovely mansion in Mexico City…where a group of fake TV ghost hunters encounter actual ghosts (the Shudder Original horror comedy DeadTectives); the psychedelic suburbs of London for essential giallo flick, 1972’s All the Colors of the Dark; or book a return trip to the Overlook hotel with Stanley Kubrick’s horror masterpiece, The Shining. On second thought, maybe it’s safer to stay home and just watch scary movies. (Programming also available on Shudder Canada and Shudder UK

A team of hapless reality TV ghost hunters experience true paranormal activity for the first time while filming a make-or-break episode in the most haunted mansion in Mexico. Facing cancellation on the one hand and supernatural entities on the other, the group must figure out a way to bust the ghosts, deliver the episode of a lifetime, and escape with their lives intact.  A SHUDDER ORIGINAL. (Also available on Shudder Canada and Shudder UK)

Stranger by the Lake (2013, Alain Guiraudie)

Frank spends his summer days hopelessly searching for companionship at a popular cruising spot on the shores of a lake in rural France. One day, he meets Michel, an attractive yet darkly mysterious man and falls blindly in love. When a death occurs, Frank and Michel become the primary suspects but they choose to ignore the dangers and instead continue to engage in their passionate and potentially lethal relationship. Starring: Pierre Deladonchamps, Christophe Paou, Patrick d’Assumçao

When a physics professor and his research students are asked to come to an old abandoned church, they don’t expect to find a large glass canister of swirling green liquid. As their investigation continues they uncover the shocking truth—the ooze is really the essence of the Devil himself, and the students have disturbed his slumber! They must fight together to keep Satan and his minions at bay and prevent him from bringing about the apocalypse.

When writer Jack Torrance, who has a history of alcoholism and child abuse, takes a job as winter caretaker for a hotel high in the Rocky Mountains, he, his wife and their psychic young son will be isolated until spring. But once the first blizzard closes the road out, the accumulated power of evil deeds committed at the hotel begins to drive Jack mad. Now there may be no escape for his wife and son amidst the madness, memory and family violence.  Starring: Jack Nicholson, Shelley Duvall, Danny Lloyd, Scatman Crothers (Also available on Shudder Canada)

Martin was a normal teenage boy before the country collapsed in an empty pit of economic and political disaster. A vampire epidemic has swept across what is left of the nation’s abandoned towns and cities, and it’s up to Mister, a death dealing, rogue vampire hunter, to get Martin safely north to Canada, the continent’s New Eden. Starring:  Connor Paolo, Nick Damici, Kelly McGillis

Martin finds himself alone in the badlands of America after his home is destroyed, with only a distant memory of his vampire-hunting mentor, Mister, to guide him. Roaming the wilderness of a steadily decaying country, Martin goes in search of the one man who can help him get revenge.  Starring: Connor Paolo, Nick Damici, Laura Abramsen

Set in Queens, this atmospheric drama focuses on 14-year-old Milo, a troubled outsider who takes refuge in the vampire mythology he studies to the point of obsession. When a chance encounter with neighbour Sophie leads him to develop new, romantic feelings, Milo struggles to suppress his dark urges—and a terrible secret. Starring: Eric Ruffin, Chloe Levine, Aaron Clifton Moten 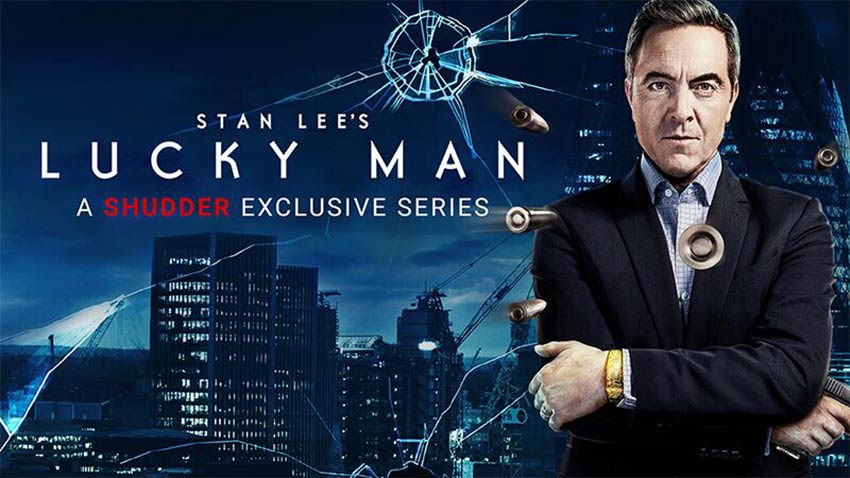