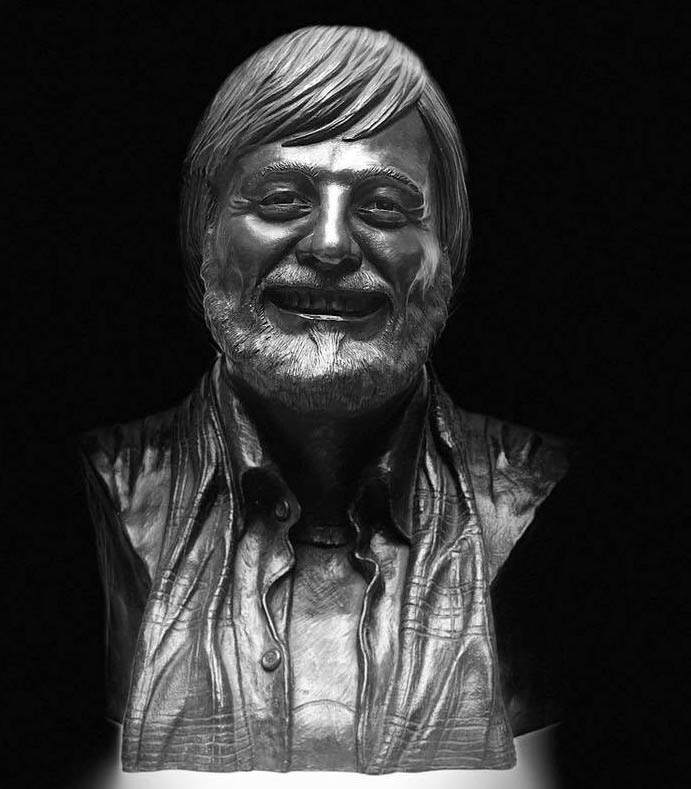 The George A. Romero Memorial Bust was unveiled and dedicated on June 8, 2018 at the Monroeville Mall near Pittsburgh, Pennsylvania during theLiving Dead Weekend celebration of the 40th anniversary of Mr. Romero’s legendary 1978 film DAWN OF THE DEAD.

The bust is permanently installed in the original Clock Tower court, an iconic location from the film.

The project was a labor of love by sculptor Christian Stavrakis (co-founder ofCryptic Pictures) and the many generous contributors that helped to fund the#MonroevilleOrBust campaign on Indiegogo.
The bust is a tribute to Mr. Romero’s independent spirit, which lives on in the films of Cryptic Pictures and the many filmmakers he has inspired worldwide.
Tags: george a romero bust, Monroeville Mall, romero memorial