Lycanthropy – There’s a reason they call it a curse

It began in July 2015. Nick Stead’s debut novel, Hybrid, was released under Wild Wolf Publishing – the first in his werewolf series. Books two and three came out in 2016 and 2017 respectively, and then he took a break from the series to work on other projects, and the beast went quiet, until 2020, with the re-release of the first three, along with a spin-off novella featuring Lady Sarah (Ascension) and the highly anticipated fourth instalment, Damned. Now, October 2021, the beast strikes again.

Twisted Fate Publishing, a new, independent UK publisher, is delighted to announce the publication of the next new title from Huddersfield author Nick Stead: Exiled.

This series is not for the faint hearted. Stead went down the Darren Shan route of naming the character after himself, and it tells the tale of his murderous, alter-ego, beginning with the night he was bitten and turned into a werewolf at the tender age of fifteen. From that moment on, he is gripped by bestial instincts and uncontrollable rage. And it’s not just at full moon. His inner wolf seeks to gain control whenever there’s easy prey to be had, or a fight with a rival. Strong emotions call it forth and Nick must learn to keep them in check if he wishes to keep from hurting the ones he loves.

But his carnivorous urges are not the only thing he must battle. A war rages in the shadows, and for the undead, time is running out.

Exiled is the fifth instalment in the Hybrid series and picks up where Damned left off. Zee and Lady Sarah are captives of the Slayers, and Nick is hell-bent on rescuing them. His time with natural wolves comes to a bloody end as Selina makes contact with the advice to seek out a new ally – one who has the knowledge to take the battle to the Slayers. But Jaken has other ideas. There’s an ancient weapon to find and destroy, and more of Hell’s secrets to uncover along the way.

The Hybrid series is available on Amazon for both Kindle and Kindle Unlimited, as well as in paperback format – http://mybook.to/HybridSeries

More information about the Hybrid series, the author, and his other works, can be found at www.nick-stead.co.uk

A lifelong fan of supernatural horror and fantasy, Nick spends his days prowling the darker side of fiction, often to the scream of heavy metal guitars and the purrs of his feline companions.

Fate set him on the path of the writer at the tender age of fifteen. The journey has been much longer and harder than his teenage self ever anticipated, but eighteen years later he is still forging ahead.

Nick is best known for his Hybrid series. He has also had short stories published in various anthologies and will soon be releasing his first non-Hybrid novel based on the true story of the Pendle witches.

For more information about Nick, Hybrid, and other works visit: www.nick-stead.co.uk. 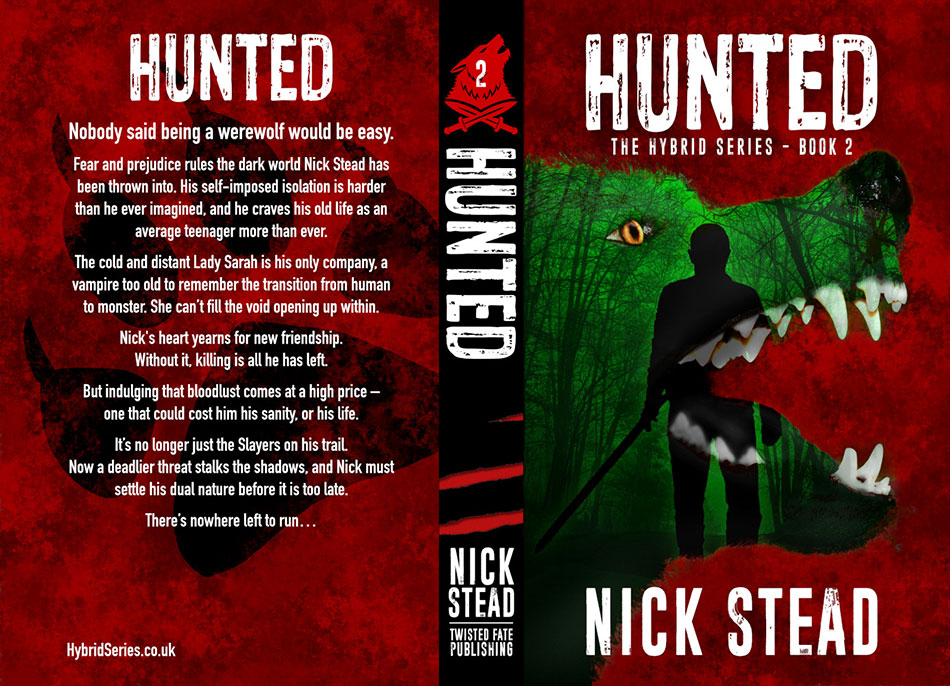