When we think about horror hosts throughout history certain names would come to mind. You have Rod Sterling the creator of The Twilight Zone and Night Gallery, Elvira, Mistress of the Dark, Joe Bob Briggs, America’s favorite Drive-In critic and of course the Crypt Keeper from Tales From the Crypt. All of them have distinct personalities and gave viewers a trembling anticipation as to what they could expect from tonight’s tale or frightening feature. There is one horror host that you should take notice as she has become one of the rising stars in the world of the macabre and morbid. Jennifer Nangle has unleashed the scary and seductive Malvolia to the online world. In her YouTube show, the Queen of Screams presents short films created by independent and ambitious filmmakers that cater to every taste in the horror genre. The series became an instant success spawning multiple seasons and several specials. This month, Malvolia will be returning for not only another Halloween special, but premiering a fourth season to fans’ delights. I had the opportunity to speak with Ms. Nangle as she was finishing wrapping on the next Halloween special. We talked about the origins of Malvolia, her influences growing up and what content fans can expect from the new season.

Adam Cook: Where did the inspiration for Malvolia come from?
Jennifer Nangle: Originally, I had written a treatment for a horror franchise I wanted to be apart of. The director hated it, but one of the producers encouraged me to move forward with the idea. Not being under the film franchise’s restrictions, I knew I wanted to focus on something that no one was talking about. A couple months later I went to Son of Monsterpalooza where they were celebrating Elvira and I thought, “Yes! Horror Hostess! No one is talking about that!” Well, I stand corrected now since there are a bunch of hosts all over the nation still doing it, but at the time I thought I was really going to make a statement! I knew I wanted the complete opposite of Elvira – I wanted dark and evil. I did research and really learned about Vampira and where her inspiration came from: Morticia Addams. Dark humor and evil. I researched “Vampire names” and fell in love with the Italian name “Malvolia” meaning “ill-will”. The dress was a lucky find on Amazon.com.

AC: How did you come up with the concept of an Internet show where you host short horror films?
JN: When writing the feature film, I was going through a “Blair Witch” phase and loved how they did their marketing. Was it real? Was it not real? Were they really dead? So, I thought if I made her seem “real” that could give the feature more of an impact and also, I could have a fan base already established for distribution. So, I set off to make a six-episode web series. However, once I launched the iconic picture on January 1, 2017 – I knew there was no turning back. People LOVED her! The strength, the power, the mysticism. There was no way to let her go. She was going to stay. I also knew I wanted to give back to indie horror and, as a filmmaker myself, I knew that shorts pretty much have no place to go after the festival circuit, so I thought, “I could host horror shorts and get more eyes on filmmaker’s work!”

AC: Who were your favorite horror hosts growing up?
JN:  I wasn’t really allowed to watch Elvira growing up – a little too scandalous. But I did delve into episodes of “The Crypt Keeper” (Tales From The Crypt) before going to sleep.

AC: How does Malvolia separate herself from current and previous horror hosts?
JN: I believe I am different because I host horror short films by indie filmmakers and that I also do little shorts acting wise that involved victims and drinking blood. Malvolia is evil and mean. Dark humor. But I don’t really research other hosts, so I’m not 100% sure if anyone else does that.

AC: You’ve just finished wrapping on the fourth season of Malvolia. What can fans expect from the upcoming season?
JN: I haven’t wrapped. It’s an ongoing process to say the least. I pretty much work off of “no budget” so I have to film as we go. Though, I will say, 2020 has REALLY taught me so much about myself and the artist I am. I was sitting one night thinking, “I am a trained actor and I work really, really hard… Why does no one cast me?” This has been an on-going dilemma since I was young participating in community theater. The same faces were cast day after day, and I was never given a real change to be creative and make a character come to life. I’ve always given chances to myself – so why would this year, of all years, be any different? So, I decided the Malvolia Holidays Specials were going to be FIERCE. I am REALLY pushing limits this season and finding ways to really showcase mine and my friend’s talents. Safety nets are gone. I’m ready to make some statements.

AC: You’ve also wrapped a new Halloween special. How is this special going to be different from previous specials from past seasons? JN: 2020 has been a huge eye opener for me. I’ve been given the opportunity to see who is REAL and who is FAKE. Both personal and working relationships showed their true colors. I’ve taken a lot of the pain and realization and put it into this special. It’s really personal in an artistic way.

AC: Has the COVID-19 pandemic had an impact on production of the show?
JN: Yes and No. The greatest part is that I film mostly by myself, so that is easy. However, writing the Halloween Special, I had to think, how can I make this work? How many actors can I have on set at one time? How can we keep it safe and act? So, I wrote a lot of one on one scenes for the story. That’s the approach I am taking for the other shorts and specials we are filming. If we didn’t have the pandemic, I would have had a bigger cast with bigger/gorier scenes this year for the Halloween Special.

AC: What has been your favorite short horror film shown on Malvolia?
JN: There have been so many! People have really blown my mind on how creative and the stories they tell! So much talent out there! I’d have to say one of my favorites was “Humbug”. I thought it was brilliantly done with a great holiday twist! I also loved “Deep Sleeper” by filmmaker Ty Huffer for my “Morbid Moments with Malvolia” on Morbidly Beautiful’ s YouTube Channel. His work is incredible!

AC: What has Malvolia meant to you since day one of production?
JN:  Originally, it was a way to get my name out there in a unique way in the horror genre. However, now it has become a therapeutic way through art. I’ve always been able to connect with people, so a lot of my audience relates to what I showcase. But let me tell you, being able to “kill victims” lets out a LOT of aggression!

AC: Does Malvolia’s personality appear in your day to day life?
JN:  No. I’d probably be arrested! Though thoughts come through my mind time to time (Laughs).

AC: What is your take on the state of horror movies/television/online content today?
JN:  I am SO glad we are moving out of the “remakes” phase. Every time you turned around there was something being remade or redone – no thanks! I love originality! New stories! Let’s create a new slasher killer! For a while, a lot of things weren’t keeping my attention, but Hulu and Shudder have become my new BFFs and I have been really delving in their original content and old school horror.

AC: In addition to Malvolia, do you have any other projects that fans should keep an eye out for?
JN: Irrational Fear is out right now on Amazon Prime along with Paranormal Attraction. I filmed a feature in quarantine that I’m not allowed to talk about just yet… There are a lot of projects like that that I filmed right before or during quarantine that I can’t talk about and not sure when they will be completed. I’m always shooting with Dustin Ferguson for Socal Cinema Studios and I just returned from Mississippi from shooting a “Gothic Horrors” segment with WGUD and The After Hours Cinema crew. I’m open to any other projects that come my way, but of course, finishing up Malvolia is my main focus.

0 0
Previous ArticleWorld Premiere of SKYLIN3S to Close FrightFest Halloween Digital Edition 2020Next ArticleWELCOME TO THE CIRCLE is Coming to DVD, Blu-ray, & Streaming 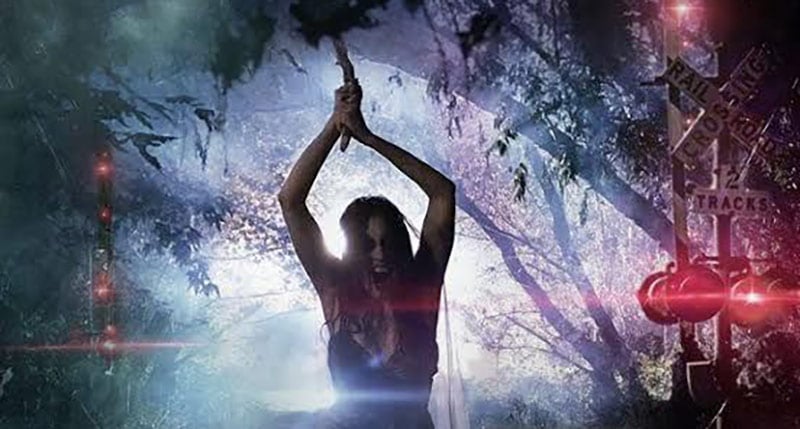 This Halloween Malvolia: the Queen of Screams is to Release Season Four
10/09/2020