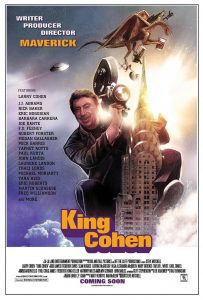 King Cohen begins its theatrical run July 27 in markets including Los Angeles and New York.
Special event screenings of the film will also be held throughout July and August in cities including Asheville, VA and Yonkers,NY.