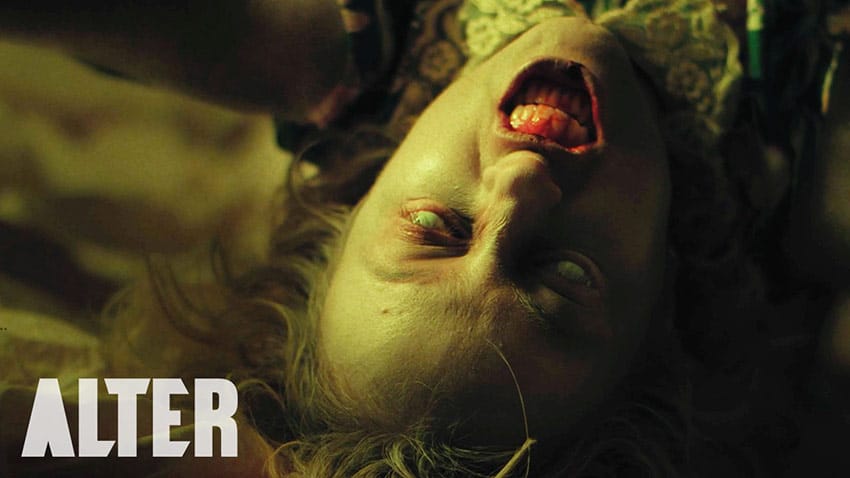 Set in the 1980’s Alice, a lonely housewife and mother, hosts a local women’s prayer group. What begins as a routine meeting soon morphs into a fanatical intervention when the group confronts Alice over a dark secret she is hiding. When Betty, the group’s zealous leader, receives a vision from God that Alice is more than what she seems, the women become convinced a malevolent force is corrupting Alice and set out to rid her soul of evil.

Director’s Statement:
As an American who grew up overseas, I experienced American culture from afar. Being raised in a Mexican/Vietnamese household and with my upbringing of exposure to various foreign cultures, I have always been drawn to tell stories of people and settings that are not of my own experience.

With this mindset, I wrote ‘The Daughters of Virtue’ because I wanted to focus on a demographic rarely explored within the horror genre: the rural, midwestern housewife. The seed of this story was planted with a feature script I wrote in the fall of 2009 and it has been an arduous process of refinement and shifting concepts to become what it is today: the story of woman who’s come to understand the sacrifices she’s made to live the life she has. A compromise we all make.

Director Bio:
Michael grew up as an expat, spending the first eighteen years of his life crisscrossing the globe living in Panama, Germany, Kenya, The Philippines and El Salvador. He received his BS in Psychology from Georgia State University. Michael began his filmmaking journey by writing, directing, producing, shooting and editing the feature film ‘When Darkness Falls on Summer’s End’. He then went on to direct, produce and edit the critically acclaimed psychological thriller ‘Dark Woods’ starring Tracy Coogan and James Russo. Michael’s is currently at work on the feature film version of his horror short film, “The Daughters of Virtue”.