“A marvel of murder, mayhem, and maniacs, SINPHONY is a terrifying tapestry of indie horror!” – Steve “Uncle Creepy” Barton

New Horror Film Set to Serenade You With Scares in 2021 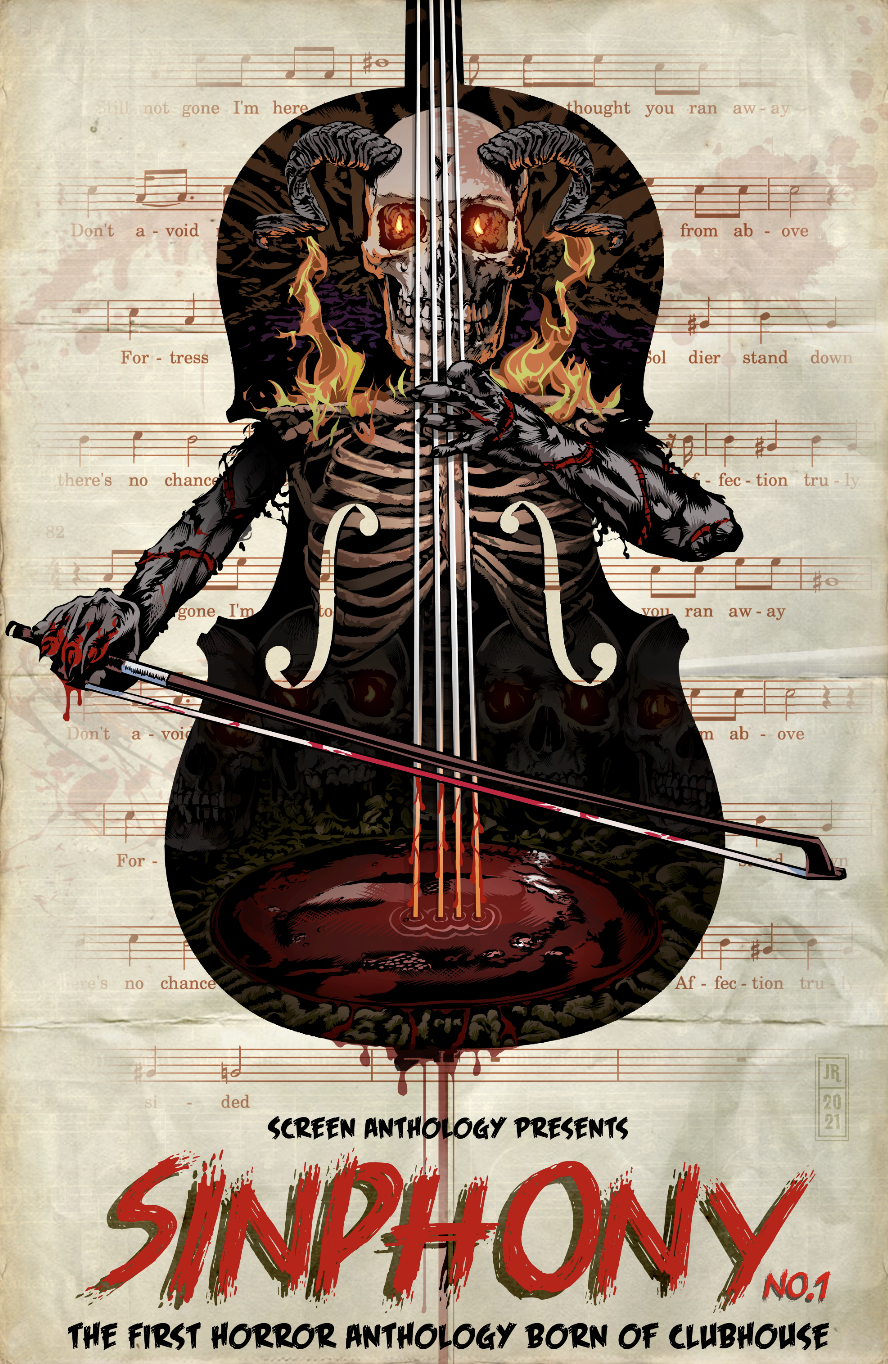 A few months ago, in the dead of night, a group of filmmakers were on Clubhouse discussing how they missed making movies, seeing films in theaters, and pandemic-induced writer’s block. Inspired by their shared passion for cinema, the group decided to join forces under the umbrella of Screen Anthology’s Chief Creative Officer, Sebastien Bazile, to collaborate on the creation of an entirely new interconnected horror universe. Joined by Michael Galvan and Scott Norvell the collaborators set out to work on an anthology created by a group in several different countries that is designed to remind genre fans that we may be separated by the virus but we are united in our love of being terrified.
Experience the trailer HERE.

“We often spend so much time on the negative implications of technology that we forget that it can also allow for a group of strangers to meet, organize, and realize a shared filmmaking vision,” said Sebastian Bazile, who continued, “Movies are an inherently social art form that bring people together to share in a story so it is perfect that SINPHONY was born out of a conversation between strangers on Clubhouse.”
SINPHONY features a host of indie actors and directors destined to leave their stamp on the popular horror genre.
Featuring music from composer David Fesliyan, SINPHONY stars Haley Bishop (Host), Stella Stocker (Blithe Spirit, The Good Liar), Alysse Fozmark (The Wonderland Murders), and Donna Louise Bryan (“Not Going Out”). Bazile produces alongside Michael Galvan and several of the film’s directors.
The ten terror tales of SINPHONY explore various aspects of the human condition as each character traverses through tragedies caused by a supernatural entity.

A small-town innkeeper’s growing concern over domestic abuse between his new guests takes a horrific turn as he stumbles upon their monstrous secret.

After a botched robbery, a young woman bleeds out in her car while being terrorized by a ghostly figure.

A recently separated couple comes to terms with the fact that one of them is a ghost.

A witch must summon the power of her coven to defend her child from a crazed killer.

Intent on capturing an original moment in time, a woman faces a deadly battle when the moment fights back.

A struggling comedian stuck in a dingy airport motel room without his phone and wallet becomes increasingly manic when he can’t reach his girlfriend via the landline.

In a desperate attempt to preserve her youth, a 30-year-old woman engages in a social media dance craze that may have dire consequences.

The anxiety of a woman’s unplanned pregnancy intensifies as her body goes through a series of unexplained changes.

When heard, a parasitic brain infection caused by a cursed song sends ordinary people into a killing frenzy.
SINPHONY is planned for an October or November 2021 release.
# # #
SINPHONY
Coming Soon
Language: English
Not rated