Nature spawns a creature driven by vengeance to destroy a group of cold-blooded cannibals. Survival Zombie Films releases the first trailer for its new feature film Creature from Cannibal Creek.

From the director of Exorcism of the Dead and Poltergeist Encounters comes a film that harkens back to the monster movies of the seventies. Creature from Cannibal Creek provides monster action and cannibal horror all in one. 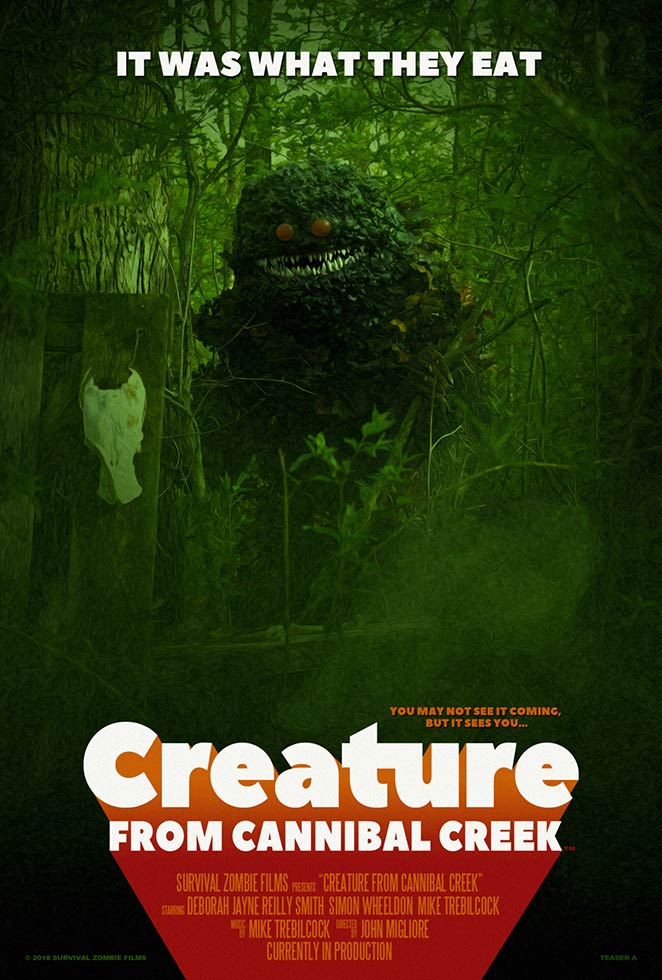 The movie revolves around a group of cannibals that keep people in cages until they’re ready to be butchered. One of the captives escapes, but dies in the surrounding forest. Nature soon takes a hand, reviving the former captive and turning him into a marauding beast.

Juno Award-winning musician, Mike Trebilcock is writing the score for the film. The film also has cameo appearances by Brett Kelly (My Fair Zombie) and Sébastien Godin (Lycanimator).

“I wanted the first trailer for Creature from Cannibal Creek to capture the heart of the film, while also reflecting back on what influenced us to make this kind of movie. I’m a huge fan of horror movies in general, but films from the 1970s have alway held a special magic for me.”

Fans of films like Slithis, The Incredible Melting Man, and The Legend of Boggy Creek will also likely enjoy Creature from Cannibal Creek. There’s a little The Hills Have Eyes and The Texas Chain Saw Massacre in there too…

Director John Migliore has also produced the online shows Partially Devoured Movies and The Midnight Movie Palace. This is his 5th feature film. His previous film Exorcism of the Dead, will soon be released on DVD by Wild Eye Releasing.

Thousands go missing in the woods every year, never to be seen again. This is what may have happened to some of them… 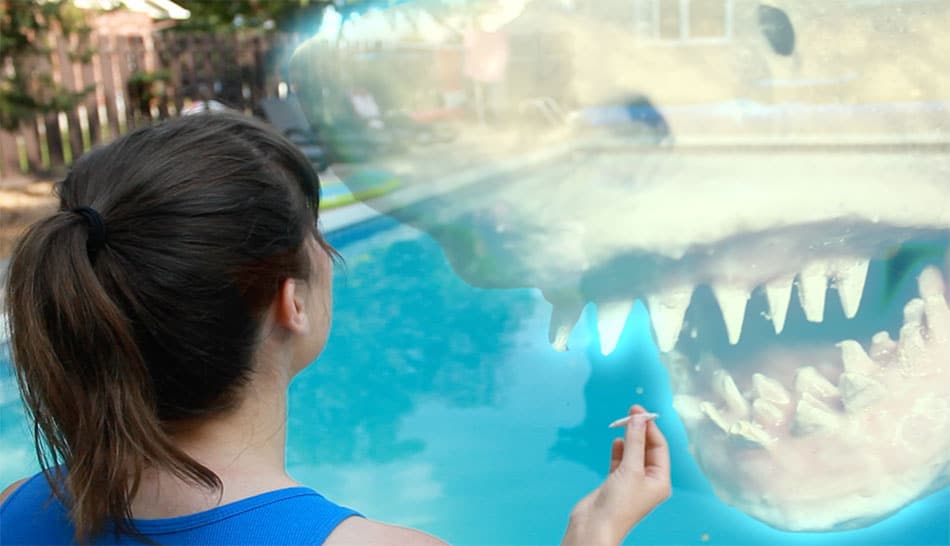