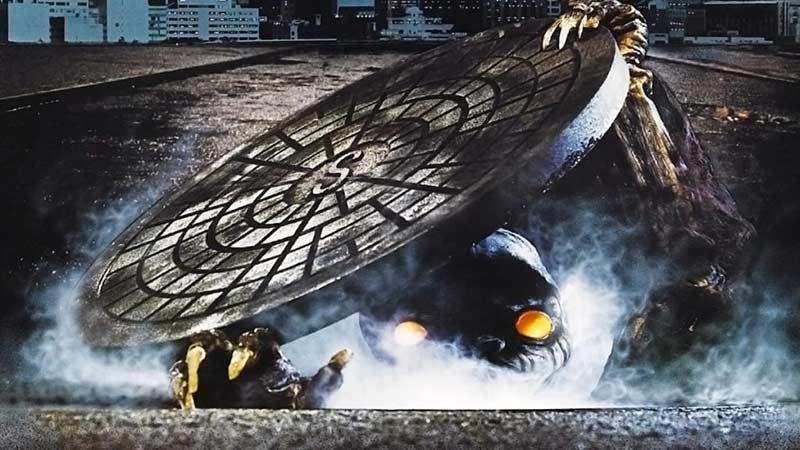 C.H.U.D. is a genre defying, cult classic film featuring monsters living in the sewers below New York. The stories in this anthology expand the world created by the film and add depth to the C.H.U.D. universe like never before. From stories of apocalyptic horror and all out monster action, to tales of underground parties interrupted by uninvited guests and evening strolls that end in death, this anthology will leave you both smiling and breathless. Relive the fear as these original stories take you beyond the movie to events that occurred before, during, and after the scenes we remember so well.

With an introduction by David Drake. Compiled by Eric S. Brown.

Lineup:
Interview with the late Andrew Bonime
“Dog Walker” by Robert E Waters
“The Dwellers” by Nick Cato
“The City Will Eat You Alive” by Ryan C. Thomas
“Date Night” by David Robbins
“Strange Gods” by Christopher Fulbright and Angeline Hawkes
“Lost and Found” by Greg Mitchell
“They Are C.H.U.D” by Alex Laybourne
“C.H.A.D.” by Michael H. Hanson
“Samsa’s Party” by Ben Fisher
“The Way to a Man’s Heart” by Tim Waggoner
“Dweller Messiah” by Jason White
“That’s Entertainment!” by Mort Castle
“Toxic Disposal” by David Bernstein
“Monstrous Me” by Martin Powell
“Step Ate” by Chad Lutzke
“Zero Hour” by JG Faherty
“The Deuce” by Philip C. Perron
“All at Sea” by Ross Baxter
“You Will Never Leave Harlan Alive” by Jonathan Maberry and Eugene Johnson
Interview with Parnell Hall (screenwriter) by Eric S Brown

This book is dedicated in loving memory to Andrew Bonime.

Proudly represented by Crystal Lake Publishing—Tales from the Darkest Depths.