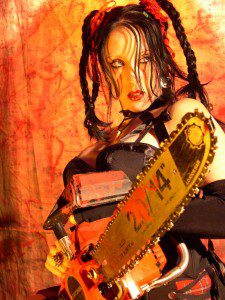 Bloody Bombshell Entertainment and Fatality Films have partnered with Some Folks Entertainment to secure a distribution deal with Black Wolf Media for a double-feature release of the films Chainsaw Sally- The Movie and The Good Sisters. Both films were written and directed by cult horror icon Jimmyo Burril.

Chainsaw Sally- The Movie stars April Burril as Sally and was originally released in 2004. Traumatized after witnessing the murder of he

r parents as a young girl, the film follows an older Sally as she grows up to be a serial killer. The Good Sisters, also starring A. Burril alongside legendary scream queen Debbie Rochon, features the duo as practicing witches who hide their discretions from their neighbors- until a new neighbor threatens their practice with his own secret life.

Release dates will be announced in 2015.

This news comes ahead of a second announcement- Bloody Bombshell Entertainment and Fatality Films will be moving into the second phase of pre-production on Chainsaw Sally: The Animated Series this winter. Based on the original Chainsaw Sally film and television series, J. Burril returns as the creative force, and A. Burril will be reprising her role of Sally. Rochon joins the cast as Blondie. The cast has already announced the voice talents of Christopher Judge (Stargate SG-1), Nicholas Brendon (Buffy the Vampire Slayer), and Tristan Risk (American Mary). The series begins animation in early 2015 and will premiere later in the year. 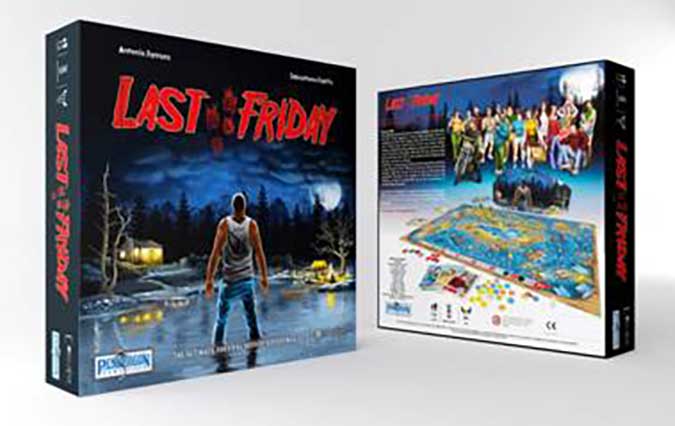