I’ve been a bit boring and serious, writing about these solemn movies with psychological horror in them (Garth Mareghi being the exception). I thought that I should write a fun post for a change, so as to avoid people thinking that I’m a complete stuck-up killjoy when it comes to horror. So far, I’ve been writing about non-Hollywood movies with a stiff upper lip. Now I thought I’d break the pattern just a little bit and write about a couple more mainstream movies that really messed me up horror-wise, and left me scarred for life.

I’ve seen Silent Hill games being played, and those are scary as hell, I could never muster even a fraction of the courage it takes to play those things. I mean, you actually have to go into the horror yourself – there’s no option of hiding behind a cushion or the nice, sturdy arm of a boyfriend. So I completely accept the comments I’ve heard from Silent Hill players that the movie is not nearly as scary as the games. But the movie really made me jump out of my skin. Or rather, it made me try to make my seat in the movie theatre to absorb me osmotically, so as to allow me to hide inside it. Man, it was nasty! I loved it.

I think the Silent Hill atmosphere was realized superbly with the insane music and the repulsive creatures. The ending did go a bit too far, I was a bit let down by the behaviour of the girl at the end (she seemed too well organized and composed for a delirious, vengeful ghosty thingie), but otherwise the movie was pure agony, just as it should be. The first time I saw that chained-up guy in the toilet is forever burned into my retinas. Geez!

This lovely indie movie (I know I was supposed to write about mainstream but this movie had a more mainstream style) features a young and perky, pre-True Blood Anna Paquin. It’s your basic haunted house movie, done brilliantly. There are all sorts of unexplained nasties lurking in the shots and a super creepy photograph of these dead-looking people. I guess it might have been dead people in the photo – it’s quite common to use the old tradition of photographing dead bodies in horror movies to give the creepiness more oomph (as in The Others, for example).

The movie has a similar conclusion to Silent Hill, which is thoroughly chilling. The ending really impressed me after watching dozens of American horror movies about kids being possessed by demons that end in a sacrifice ritual. Darkness was really something else, while at the same time having a classic haunted house feel to it. (Okay, there is a sacrifice ritual involved in the plot. But I just sort of ignored it and refused to be frustrated by it, because otherwise the ending is brilliant).

Tales From the Crypt – The Ventriloquist’s Dummy (1990)

Tales From the Crypt, whilst a classic in its own right, is mostly a source of camp humour. While watching this show I just generally LOL at everything; I’m not a particularly feminist lady, but the gender stereotypes in that show would slap even the most hardened chauvinist in the face, and the sheer ratio of zombie-related plots makes it even easier than it already is to guess the twist of each tale (which, obviously, is that the antagonist rises from the grave to annoy the protagonist one more time). Therefore it was a terrible shock to watch the episode called Ventriloquist’s Dummy. I won’t say too much, so as to not spoil the surprise, but I’ll say this: I thought I knew exactly what was going to happen, and having guessed right the plot of virtually all the previous episodes, I experienced the most gruesome shock when “the revelation” happened. It was the shock that scared me most, the episode does have its trademark campness, which makes the horror not so horrifying. But it is truly disgusting, and it takes a good twenty minutes to recover from the shock.

Samara, thankfully not coming to get me, because no telly in the bedroom! Hmm… I see a fault in my logic…

As much as it shames me to admit it, I saw the American version of The Ring first. But in my defence I’ll say that this was before I came to be a horror buff, and The Ring really worked as a gateway movie for me. It led to the world of Asian horror, a world I hadn’t before fathomed to exist, and I owe a great debt to it. And it did scare the bejesus out of me on the first viewing and gave me my very first “couldn’t sleep for days” experience.

I just think that the whole Asian concept of the girl ghost is brilliant and it still gets me after dozens and dozens of Asian girl ghost movies. I know a lot of people who don’t get what’s so damn scary about someone who decides to brush their hair from back to front, but it’s just something that works on me. I prefer not seeing the face, it creates a fraction of the Fear of the Unknown. And the fact that she comes out of the television, well that’s pure genious. I’m infinitely grateful for not having a television in my room back when I first saw The Ring, I mean that would’ve been way too much to handle in the state between sleep and awake, where those pesky sleep hallucinations climb out of your head to torment you… Every time I say that horror movies sometimes give me night-time hallucinations, people tell me to stop watching them. But I’ll never stop. MUHAHAHAHA!

Written by
Anski
First and foremost, an embarrassing fangirl with a thirst for horror. Also an English Philology major at a Finnish university, writing her MA thesis on the Shrike, Dan Simmons' sci-fi monster. 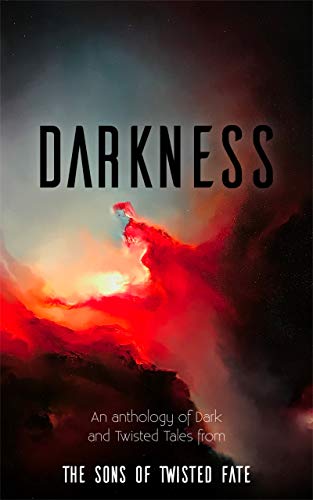